You are here: Home / Games / Tabletop & RPGs / An interview with Sandy Petersen: Adding Cthulhu, cats and dreams to D&D

Do you have Great Old Ones in your tabletop game?

You probably have Sandy Petersen to thank for that. The game designer was the principal author of Chaosium’s Call of Cthulhu back in 1981.

Sandy’s worked on other games, like RuneQuest, West End Games’ Ghostbusters and even worked on computer games like Doom and Age of Empires.

As you might expect, Petersen Games now makes a range of games, many of them are Cthulhu related with titles like Sandy Petersen’s Cthulhu Mythos and Unlocking Insanity. Just today, the publisher launched a Kickstarter for an army versus dinosaur combat game called Dinosaur 1944.

With that wealth of experience on offer, Geek Native leapt at the chance to talk to Sandy, and we asked how to add Cthulhu to your D&D. Sound silly? The core rules have Great Old One as a Warlock patron, and as we discover in this interview, Sandy Petersen has some great ideas for making the Mythos a truly memorable part of your fantasy game.

Thanks for making time to chat with Geek Native. It’s an incredibly dramatic… strange… important time right now with all sorts of significant events happening. How are you holding up?

Sandy – it is a challenge. But I’m 64 years old and have seen a lot of events. A lot of people seem to think that whatever’s happening right now is the Most Important Event ever, but having experienced many many Most Important Events ever, I think we’ll weather these too.

Sandy – I can think of nothing less political than games. I often play with opponents who have widely different views that mine, and in so doing we can become friends. The more we can pull together instead of trying to find reasons to isolate, label, and attack one another the better the world will be.

Is that ability of games to make friends of people from differing backgrounds and views one of the reasons you’ve stayed active in the industry so long?

Sandy – I guess it would be awesome to claim my motivation is such a life-affirming reason, but the fact is I just really really like games. The fact that it gives me the chance to interact with people from other backgrounds, nations, and faiths, is a terrific bonus, of course.

I’m going to controversially linger on 5e for a minute. Page 109 of my Player’s Handbook suggests that Warlocks could have Great Old One as a patron. I must admit, the idea of an entity foreign to the fabric of reality and playing spell-providing sugar-daddy to an adventurer didn’t feel hugely D&D to me. Do you have a point of view?

Sandy – my point of view I think is given extensively in my Sandy Petersen’s Cthulhu Mythos for 5e book which is more than 300 pages long. Basically, I treat the Cthulhu Mythos as things outside the usual laws, both natural and supernatural, of the D&D realm. And they violate some pretty basic laws, such as geometry, perspective, and so forth.

What would your three most essential tips for integrating Cthulhuesq entities into a high fantasy game be?

Sandy – in a game that already features multiple planes of existence magic and god-like entities, the Mythos has to surpass these in order to evince cosmic horror. If you have something literally tearing open the fabric of reality to crawl through – something that literally eats its way through space to get to you – then you can perhaps bring back that cosmic horror that HPL wanted to inflict upon us.

How does Sandy Petersen’s Cthulhu Mythos help with this?

Sandy – we provide the tools and the rules to help both the gamemaster and the players in this. Here’s an example: the Great Old Ones are treated as environmental effects that advance through stages, almost like a cosmic disease. For instance, when Cthulhu first manifests, the geometry of the world shifts in his favor – so if you are trying to run away from him, it is a further distance than running towards him. Meanwhile his telepathy starts to bombard you with hideous images and inhuman concepts. As he grows in power the geometry changes further – soon all routes twist back to Cthulhu, and eventually cracks open in reality for horrors to pour through. His telepathy gets stronger, driving people insane, and forcing them to experience reality as Cthulhu perceives it. Eventually not just your world but your game universe is destroyed, a feat which even the most evil lich or dragon typically finds beyond its powers.

In fantasy RPGs characters are often not human. Is there a right and smart way this can be harnessed with Cthulhu mythos to make for an exciting game?

Sandy – absolutely. For what it’s worth, the book does provide rules to play a ghoul, a zoog, a gnorri, and a cat (as per Dreamlands cats). I don’t think that the more relentlessly evil super-entities such as Yithians or Old Ones or Deep Ones should be playable, and they are portrayed as obstacles and threats.

Which authors do you think do the merger of Cthulhu style horror and fantasy well?

Does your Cthulhu magic system in D&D have a school name? Or just a name?

Sandy – as a system that stands outside the universe, it’s not really a “school” but we call it Yog-Sothothery in the game. Which is what HPL called it – the term “Cthulhu mythos” was made up decades later.

What can you tell us about your Dreamlands book?

Sandy – the plan is to have it be a stand-alone game with conversion rules back and forth. The idea is that you are playing Call of Cthulhu or D&D 5e, say. Then your heroes enter the dreamlands – they convert to the dreamland rules, and now everything runs on dream reality. You actually use decks of cards with words to construct areas and create effects. When the heroes wake back up, they return to their normal rules. It’s kind of a cool conceit I feel. Of course you can have an entire dreamlands campaign in which they are purely creatures of that realm.

So a brave band of 5e adventurers can finally fortify themselves somewhere safe enough to take a long rest only then to find themselves facing new dangers in the dreamlands when they fall asleep?

You have Dinosaur 1944 on Kickstarter which pits military men against prehistoric monsters. Which is your favourite part of this cooperative strategy game?

Sandy – the tactical choices – where should we put the ambushes? Are we beefing up enough to be able to handle the spinosaurus boss when it arrives? How should we spend these skulls? Holy crap who’s going to kill the styracosaurus?

Thanks to Sandy Petersen for his time.

Creative Commons credit: Masked Warlock by Ramirez de Souza, The Summoning of Israfil and The Mural by 000Fesbra000.

An interview with Sandy Petersen: Adding Cthulhu, cats and dreams to D&D 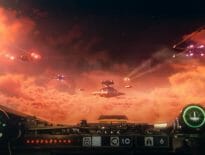 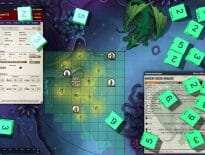