You are here: Home / Games / Tabletop & RPGs / D&D leak: A closer look at Icewind Dale – Rime of the Frostmaiden

Here’s a story we’re getting used to; the next D&D book has leaked ahead of schedule. Will we be adding Icewind Dale: Rime of the Frostmaiden PDFs to our download collections or the hardback to our shelves?

This time, D&D Beyond allegedly ran a trailer on their YouTube channel before pulling the video.

Whatever happened, it happened long enough for the DnD Next subreddit to notice, only for the mods to remove the post. However, D&D Leaks has shared this cover photo which was reportedly a screenshot from the video.

I’m using words like ‘allegedly’ and ‘reportedly’ because, sadly, that’s how the internet works these days. You have to treat all news, especially unofficial news, with a pinch of salt. Lots of salt.

Running that image through IMGLarger which is (allegedly) a machine-learning enhanced system that enlarges images without losing quality doesn’t really add that much more detail. It does fuzz up the line “Feel the cold touch of death in this adventure for the world’s greatest roleplaying game.” from the bottom of the book.

However, it all looks pretty real to me. Although wouldn’t it be amazing if this all turned out be a smart misdirection play by the WotC team!

The ice and snow clues were noticed the very day WotC announced D&D Live. I said at the time;

I notice that the charity t-shirt depicts a snowy owlbear and that the thumbnail used for the D&D Live Portal mention is that of adventurers out in the snow. Is that a clue for the new setting?

The idea that the new book will for Icewind Dale is pretty popular. It is the frozen north of the Forgotten Realms, made popular by R. A. Salvatore and Drizzt Do’ Urden. There have been Icewind Dale computer games, and this year, D&D Dark Alliance is due out, just check out how snowy the trailer is.

It makes sense for WotC to line up their release schedule and increase public interest and hype in the Icewind Dale area. It makes less sense to spoil the news, though, as that gives pirate sites offering Rime of the Frostmaiden PDF downloads more time to optimise their content and it undercuts the excitement around D&D Live.

Do you think it’s real? Are Wizards of the Coast about to announce a Rime of the Frostmaiden hardback? Is this an Icewind Dale adventure?

Maybe it’s just me, but the line “Feel the cold touch of death in this adventure for the world’s greatest roleplaying game” at the bottom, does not feel like something WoTC would write.

Seems in line with their adventure taglines to me.

Descent into Avernus: “Diabolical dangers await in this adventure for the world’s greatest roleplaying game”

Tomb of Annihilation: “Dare to defy death in this adventure for the world’s greatest roleplaying game”

You use words like allegedly and reportedly because you are relating second hand information. That’s how news reporting always worked.

“Will we be adding Icewind Dale: Rime of the Frostmaiden PDFs…”

Wizards doesn’t provide official PDFs for any of their hardcovers… so… other then promoting other ways of getting them then… no? :I

I had every hardcover for 5e purchased but just recently sold them due to D&D Beyond. D&D Beyond is amazing.

Wizards does not offer up PDFs of these books no. Sadly, though, people scan them and create PDFs to feed pirate sites. This does not help the hobby. Digital versions are available, as you say, from D&D Beyond but also sites like Roll20 and Fantasy Grounds. I imagine it’s a subject WotC pays close attention too and interesting that Mythic Odysseys book purchases come with a digital download discount.

D&D leak: A closer look at Icewind Dale – Rime of the Frostmaiden 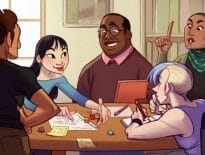 Tabletop & RPGs Free to Download: A code of conduct for your RPG … 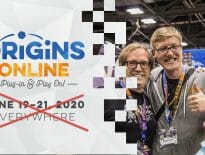