It’s a mix of gore and romance in this episode of Irregular Reconnaissance. As ever; there’s a shortage of spoilers.

These mini-reviews of anime discuss the shows in broad terms, only occasionally mentioning specifics and being respectful of plot twists.

Why? The purpose of Irregular Reconnaissance is two-fold. The first is to give you a quick tour through an anime and help you decide whether it might be worth your time or not. For episodic shows that means a running commentary of whether the plot is holding up and the series still interesting.

The second reason is to act as a place for you to slide into the comments and share any hit or miss recommendations of your own. What’s out there that you think is worth watching?

Don’t start here. Start with season 1, of course, as despite all the bloody and burly almost naked men that’s BAKI easing you in gently.

When BAKI The Great Raitai Tournament Saga gets going it does so by ripping the face off one of the characters we had previously considered super powerful. On Netflix, at least, we don’t get a full face of gore, but we get enough.

There is, however, a weird warm up the face-ripping. Season 1 ends weirdly with BAKI poisoned and some fights finishing with sudden reveals. Season 2 picks up immediately, almost mid-sentence of where season 1 left off. It strikes me as a somewhat strange place to bookend the show, but I don’t think BAKI does much by the book.

If you liked season 1 then I think, so far, season 2 will give you everything you hoped for.

What? It ends there. There has to be a second season coming.

Dorohedoro is remarkably fresh. We start with a man cursed by a sorcerer to have a lizard’s head. Also, probably related, a man is living in that lizard head, and he’s looking for someone.

The best pal, and perhaps the best character in the show, is a muscular woman who manages to run a little restaurant in the alternate dimension known as The Hole.

These two get caught up in the world of sorcerers, and the cast expands. There are secrets within secrets, and before we know it, devils are involved.

It’s hard to know who the baddie is. A probable villain is just a tough man trying to bring some order to the chaos, and doing so brutally.

Time for a Boruto catch-up; and I’m miles behind with the show. That’s my fault, not the responsibility of the story. The plot is still successfully managing to weave together ninja-vs-space-ninja fights in imaginatively interesting ways.

However, these episodes are special. It’s at this point in Borotu that time-travel is introduced.

Now, I don’t have any spoilers, so don’t know what to expect. I don’t even know what I want to happen, but I’m acutely aware that one or two fan favourites died in the original series. Is this a chance to save them? Maybe, but I’ll have mixed feelings about that.

That was until the Attack on Titan season 4 trailer came out and looked great.

I bet I’m not the only one, but I’m now finishing off season 3 and am really enjoying it.

These first three episodes after the break are back to the high action, extreme danger and emotions.

Knowing some of the Titan’s secrets makes it worse for the humans fighting against them; not easier.

The novelty has worn off on Hi Score Girl, but I’m still watching. I was enthralled, at first, with the chance to see some retro computer game action in anime. Did they sew the footage together? Re-create it? It’s now the characters that are keeping my attention.

You know the plot and characterisation are working when you begin to worry about the feelings of the people involved. Is there a happy way out of this love triangle, or will there be tears?

Let us know which anime shows you’ve seen recently and which rate as a hit or a miss in the comments area below. 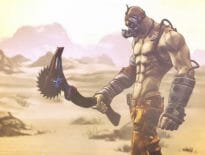 Geek Stuff Surviving the badlands? Which weapon would you pic… 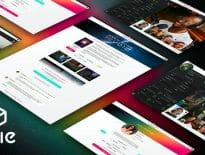