I’m behind on Attack on Titan. I felt the series was going downhill and a quick check of my viewing history at Crunchyroll says I stopped watching after the mid-season pause in season 3.

At the risk of spoilers, I watched the trailer for series four. Mild spoilers about nations at war.

So, steampunk and Titans? I guess mild steampunk has always been part of the show with equipment like Vertical Maneuvering Equipment.

What I infer from the trailer is that there’s a third-party responsible for the attacks by the Titans. This leads to war.

What I expect are death and betrayal.

Speaking of which, Wit Studio isn’t making the show. That task has been moved to Studio MAPPA.

I’ve nothing against MAPPA, in fact, I’m very interested in Jutusu Kaisen from them which I hope will air in the West. It just feels weird to have a studio change right at the end of the series. Series 4 will be the last of Attack on Titan.

The trailer for series 4 has convinced me to watch series 3 and catch up with the show. So it might feel weird swapping studios out, but I did begin this by saying I’d fallen out with the show and here I am saying I want to watch the final and so maybe it was a good idea.

Where are you with your Attack on Titan journey? Tempted to watch season 4? 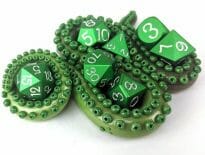 Tabletop & RPGs Dice and tentacles from Level Up 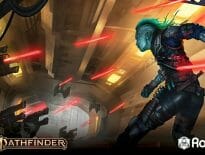