The first two animes we look at in this collection of mini-reviews are both relatively new, and both feature Japanese people born (or fallen) again into computer games.

Why has this genre become so popular? Is it a literal expression of our desire for escapism? That could be me!

Or are we getting tired of the trope yet? At least one of these animes get a pretty low score on Crunchyroll, but I think (so far) it’s much better than those few stars suggest. Is this a symptom of burn out?

Irregular Reconnaissance, this week’s, looks at a broader scope of anime than that, though. We’ve got a winner from the 2020 Anime Awards and success story from China.

Most importantly of all; what anime is new to you and that you want to recommend (or warn against)? Let the community know in the comments below.

My Next Life as a Villainess: All Routes Lead to Doom!

A new show on Crunchyroll with a twist on an old idea. The hero in My Next Life as a Villainess: All Routes Lead to Doom! is a Japanese person who has found themselves inside a computer game.

The twist? The protagonist is a woman, the game she’s in is an Otome (a romance game), and she’s the baddie. Okay, so three good twists.

My Next Life as a Villainess: All Routes Lead to Doom! starts off strong. Our hero works out what’s up and knows how the game ends; she’ll either be killed by the heroes or expelled to live in exile. The solution? Don’t be the villain.

However, destiny is a powerful force, and no matter how the “new” Catarina Claes tries to redirect the plot/life, events seem to want to steer back towards her inevitable doom.

The opening episodes are far stronger than the mid-scene mark I’m currently at. A few of the first couple would get a ‘good’ rating, but based on the first six, I’m lowering the score.

The 8th Son? Are You Kidding Me?

Uh-oh! A Japanese salaryman wakes up after falling asleep over his midnight dinner… and he’s a young boy in a fantasy world. We’ve seen this anime before, right?

Couple that with low Crunchyroll reviews, you might wonder why I’m watching it at all. Well, there’s a lovely story about The 8th Son English language voice actors performing at home and emailing over their files to get the dubbed anime going.

Do you know what; I’m glad I gave The 8th Son a chance. I’m 6 episodes in and enjoying it.

Our character is a wizard, not a fighter, and this makes him pretty rare in the world. So far we’re dealing with the impact of an 8th son of poor noble family manifesting magic powers.

There’s something rare and delightful about one aspect of Hi Score Girl. This anime features a lot of old computer games – mainly arcade games, played in cabinets, from the 80s.

We see the actual game footage when the characters play these games. We cut from anime and show computer game instead, or wrap anime borders around game footage. It’s a lovely way to see what games used to look like (or, in my case, be taken back to your childhood gaming).

I’m still deciding on the anime itself. The lead character, so far, is not a girl. He’s a young skiver, who is doing badly at school and hiding in computer games instead. The Hi Score Girl, I thought, was a classmate who turns up and kicks his ass on Street Fighter.

Except, the candidate for the Hi Score Girl has just flown off, and there’s a new character introduced. Let’s see where this goes.

I nearly canned Scissor Seven after watching a few episodes and now, here I am, enjoying season two.

The challenge is whether the gag and implied truths can be extended to fill a whole new batch of episodes or whether the writers will find a new angle.

Scissor Seven appears to be a hapless hairdresser, but he’s probably a powerful assassin. He may have forgotten. Now, though, assassins are after him, and the high-tech nation of Stan is interested in his tiny little island community.

The anime won’t win any awards for its illustrations, but I love the chance of trying to get the cultural references from a Chinese show.

I started watching Vinland Saga because it won Best Drama. I feel that title is well deserved but best applied to the first half.

There’s a dip in the tempo as Vinland Saga shifts gear in the second half. Thankfully, the anime stays truly Viking and avoids magic or “corruptions” like that, but it doesn’t stay with a bitter young man staying with the Viking ruler who killed his father.

The characters grow, and their motivations change. Our heroes (er, flawed individuals) get involved in the politics of the land and end up having to escort the foppish Danish prince.

It’s like guarding a key chess piece, and so, sure enough, the Vikings (aka the Danes) decide to use this asset rather than die protecting him. How well do you think that goes?

Have you watched any new anime recently? Let us know what you rate as a hit or a miss in the comments. 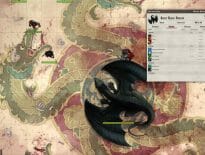 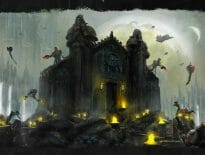