I had a problem. My group was breaking down.

We’d been playing for six months, and half of the group was about to move away at the same time. I’d planned an epic showdown that tied up the plot threads related to those characters. In the middle of the pacific front, they’d have a showdown above a volcano then be whisked out of the conflict to join a group of time-travelling super-soldiers, leaving the remaining characters without them.

But I wanted to continue: there was more of the story to be told. So, I began to cast around for replacements to join the group, bringing one of them in before the original crew had left to make the crossover less abrupt.

Two weeks after the session they had left, we had more players than we began with, and the game continued.

The timeline rolled on. Five years later the campaign finished with only one of the original players still playing. It had evolved with its audience, told generations of stories, focused on what new players had liked. With new antagonists, time frames and players, it little resembled its original chassis. Stories from the game had been passed down in game, becoming legends to newer characters and a weird world has been built.

So what had happened?

Well, I’d actively made a decision to turn up my longevity dial. The story was about the players, but it was bigger than the characters. It would continue without them.

This might sound like an arrogant ‘my world story is better than you’ viewpoint, but really it’s more about being open to change the scope to create a bigger story. One that resembles a Norse family saga or religious text: generation spanning, thematically consistent where events created by character choice and causing change externally may be more of the point than in-depth personality study.

There are, of course, several ways longevity can be expanded in a game. The first, as above, is that a huge cast that changes characters once every year or so can really spice up a game, especially if some of the new characters are children of the old.

It means that the longevity dial then feeds back to the continuity dial, meaning that worldbuilding and world history are something the player remember because they took part in it.

Another way is to set up longevity ideas on a meta-level. Maybe you know that this campaign might not run that long but is part of a trilogy of games. You could show a civilisation on the rise, then cut froward to its zenith, then come in as the civilisation falls apart. That’d be three very rewarding games for players.

The third type of long game is a classic style game: the GM has set up a game where we all know we are in for the long haul and that the stakes will keep getting higher and higher. Eventually, this epic has an end, but the players cannot see it from the beginning. By the time it finishes, they will have gone on a massive heroic journey.

Hopefully, this has got you all fired up to create an epic of your own. But there are a few rules we have to follow if we want to create lengthy sagas.

The human mind is a funny thing. If you consistently do a thing over and over for years, it becomes boring and staid even if it’s something as exciting as fighting ancient titans or riding dragons.

If your game is regular, you’ll need to keep changing things up and refreshing the ideas.

Don’t have the villain at the start of the campaign be still an active threat beyond a quarter of the way through. Have a series of building threats. Blow up your status quo every so often. Give players a chance to change characters and abilities.

You need to embrace that one of the joys of a long story is to watch change over a wide arc. As an example, when I hit tenth level in a D&D campaign and can see the game still has a lot of story to tell, I introduce a period of downtime, give players the option to drop a character and start a new one or trade any number levels for levels in a different class if they give sufficient reason in the backstory.

Doing this allows players a new thing to play with – in the latest campaign, my Bard/monk teen dropped her monk training and became a better bard while the party half-orc barbarian joined an elven police force, civilised himself and gained levels as a druid. That’s really shaken up the party dynamic and made things feel fresh. By changing these archetypes and shifting the fiction, we give new life to things. Don’t be afraid of a rotating cast of players and/or characters.

Have AN Ending, but only AN ending

You need to know where the game is supposed to go.

It’s best with an epic long saga that you write down the story structure and tale you want to tell, outline the beats and know the final scene of your game before you begin. Then you have a road map.

BUT – and this is massively important – you need to revisit that roadmap after every two or three sessions and rewrite it. Change beats, move stuff around, alter the villainous plans.

Then look at the final scene. Does it still fit? Is it now redundant? Don’t fight to bring it back on course. Just keep moving the goalposts as you go and the game will evolve naturally.

For it to work, you need to be able to see the end so you can foreshadow it over the rest of the game and feel like the saga had a point, but you don’t need to hang on the original idea.

Nothing makes a world feel like a long, planned out story that the re-emergence of some story point everybody had almost forgotten.

If something massive happens in your game, make sure you record everything. Then sit on the notes for a week, maybe three. Then come back to them and think of the fallout beyond the immediate. Keep hold of an idea or two then pitch them down the campaign track.

Did a minor villain get away? Is something unresolved? Keep hold of that and use it later. Remember in this format, it’s worth holding on to stuff – it’s a long haul. A remember if you fail to get a consequence into a game, you can always use it as the basis for a sequel.

Enjoy The Time You Have

Let players talk in character and spend whole sessions doing whatever they want. The plot might not be moving forward, but as long as they are doing what they want and having fun, the session is not wasted. This is a long story, let it breathe. Then reintroduce a hook when it feels natural rather than forcing it in.

Don’t force this, especially if you hadn’t planned it

Long-form games are probably the most attempted and hardest to complete of all types of game.

Most GM’s, especially new ones, have a long, epic story they’ve always wanted to tell living inside them. Which is really cool but you need to be prepared. Attrition, both through real-world scheduling and narrative grind, is a campaign killer.

You need to be able to maintain the continuity of your story but also be prepared to drop any stories parts that aren’t working, work around people leaving the game.

Also, don’t undertake a high longevity dial game if you don’t have an idea for it. Then it just becomes a wandering, listless story. If you want it to feel like a saga it needs to be part of a bigger story. Literally my first column on Geek Native was about this. You also shouldn’t feel like this is the ‘default mode’ of RPGs. Be content telling smaller stories about personal triumphs and scale.

Talking of which, we’ll be turning down the longevity dial in the next column and dealing with the dreaded one-shot, among other formats. 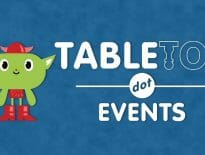 Sites The Con of Champions to keep Tabletop Events alive… 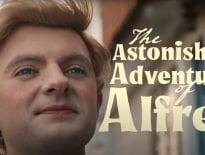