Stephen Hunt’s novel “For the Crown and the Dragon” is set in a Europe different from our own.

As the 18th-century finishes, humanity has to shelter in small havens of safety, protected from the enchanted wilderness of strange forests.

Demons stalk the land. The story follows a low-born officer Taliesin who is caught up in deadly intrigue and the wars of the noble classes. Nobles he hates.

What’s more, Taliesin’s men are vicious murderers conscripted to fight and forced to march behind him. There will be assassins, beastmen and sorcerers.

Sound like a good RPG setting to you? Arion Games (Advanced Fighting Fantasy, Maelstrom) thought so. The Crown & Dragon RPG is the tabletop roleplaying game based on “For the Crown and the Dragon”.

There are mass battle rules for a world in which the Romans discovered magic. Armies march across the continent and battle with Puffers and Culverin, Cavalry and Kettleblacks. Steam power is an exciting new invention, used to power war machines and Crown & Dragon’s complete guide to the Triple Realm is there build the world for you.

There are new edges, a Regiment creator, new arcane backgrounds and spells.

You will need a copy of the Savage Worlds Adventure Edition RPG to play.

You can buy Crown & Dragon RPG at DriveThruRPG. 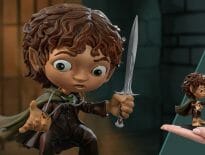 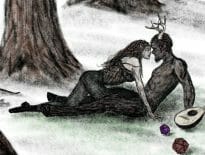