Due out at the end of the year after a collaboration between Sideshow and Iron Studios are a series of absolutely adorable Lord of the Rings models.

The Gollum Mini Co is adorable in a very different sort of way! Perhaps it’s those clever eyes.

The handpainted figure is slightly smaller than Frodo coming in at 93.98mm by 73.66mm but weighs the same at 0.45kg.

Look at that hat! What a texture on it.

The models are $44 each and all down to ship, lockdown allowing, between October and December of this year. 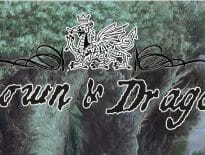