Welcome to issue 61 of Irregular Reconnaissance. Here you’ll find a gathering of quick and spoiler-lite reviews.

In this article, we deal with surprise vampire sex and warring gods. It is the anime report of Irregular Reconnaissance, after all.

There’s a school theme as well; one filled with demons and the other with furries. Neither are easy schools to be a pupil at, and the risk of being eaten by another student is higher than you would like.

Each mini-review concludes with where you can find the show if you liked the sound of it and what our scout rating was. We’re not paid to watch any of these shows, so the selection tends to favour anime that looked promising and perhaps that’s why disappointments are especially regrettable.

There’s already a 4th season of Castlevania in the works, and just as well. While Castlevania finished strongly – with surprise sex and violence – it didn’t finish completely.

In fact, Belmont and Sypha’s arch comes close to being a “told you so, silly woman” lesson from the road-weary Belmont. Fortunately, it doesn’t quite cross that line, and there’s still enough teeth in the final bites of the story to keep if tasty.

Alucard discovers that humans suck, and I think we can speculate on his role in season four. A goodie? Maybe. The same could be said for the Forge masters, those demon-ghoul making traitors to humanity, as we’ve not seen the last of them either.

I’m looking forward to season 4 or, if you will, part two of season 3.

I nearly didn’t watch Beastars because I mistook it for some furry slice of life.

Beastars is furry, I suppose, in that anthropomorphic animals are living in a world-like-ours, and they’re interested in yiffing one another, although not excessively so. Mind you, I think that adult/15 rating comes from sexual scenes.

What makes Beastars interesting, if you’re not a furry fan, is that these animals can’t decide whether they want to yiff their classmates or eat them. The society they’re trying to build as carnivores living together with herbivores.

The show takes a dark twist, after a dark start, when we discover there’s a black market attended by many of the carnivores where herbivore meat is sold. Imagine, then, the horror when a herbivore classmate is kidnapped by the shady organisation that runs the place.

I’ve surprised myself by rating this as good.

I got the end of Noragami, enjoyed it but could never shake the feeling I had watched it already.

What does that say about the anime? That it’s unremarkable and so average, it feels familiar? Or that it is so good you can watch it twice, and it feels fresh each time?

Nogami is one part about fighting ghosts and four parts about people finding redemption. That’s not to say this is a feel-good anime, but it tries to pull on a few levers to make you feel something (while fighting ghosts or angry gods).

It’s a weird one in that I feel Iruma-kun should perhaps live in that ‘guilty pleasure’ bucket, but it manages to be so sincerely carry on with its antics that it sweeps you up too.

The secret human at the demon school is sincerely upbeat too. It’s a character type that’s very common in anime, that someone’s force of personality can have a meaningful impact on the world around them.

In this case, the apparent ‘innocence’ of the demon school is put at risk by the politics of the adult demons but Iruma-kun honest goodness will naturally foil that.

I gave Konsuba two negative reviews, acknowledged it was popular despite what I thought but was then told (read: several insistent fans) told me that season two is where the magic happens.

Well, no. I’ve watched all of season two, and it’s the same rubbish fan service from two unlikeable lead characters with barely a plot to carry your interest.

It’s like a D&D group each went out to make a character they liked but forgot to add in any convincing reason for the group to stay together or actually do anything.

Status: Thumbs down.
Where: Netflix

Do you agree with the mini-reviews? Let us know in the comments below or whether you have any recommendations of your own. 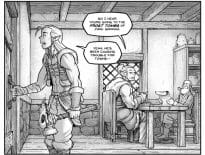 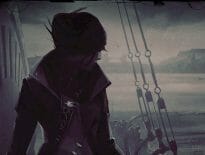 Tabletop & RPGs Momentum or Chaos: A review of the Dishonored RPG…
wpDiscuzComment Author Info
Manage Cookie Consent
This site uses cookies 🍪, and links are ads that may earn bloggers some money 💰, and with this alert, I very much hope that these dark truths 🧌 are acknowledged.
Manage options Manage services Manage vendors Read more about these purposes
Preferences
{title} {title} {title}
Loading Comments...