Eclipse Phase is a post-apocalyptic transhuman RPG from Posthuman Studios. Transhuman generally refers to that phase between being human and being evolved or transformed into something more than human.

For example, cyborgs or gene-spliced mutants might be transhuman. At least by some definitions, as I suspect, this a topic that could generate a lot of healthy academic debate.

What’s not up for debate is Posthuman Studios’ generosity as they’ve made two accessories free to download via DriveThruRPG.

One is Eclipse Phase: After the Fall.

These stories are of horror and survival, about reshaping minds and bodies through technology and the threats that lurk in the dangerous world of Eclipse Phase.

The platinum best-seller is usually $19.99 at DriveThruRPG, and so this freebie is a steep discount.

The second is Eclipse Phase: A Time of Eclipse.

This is a silver best-seller at DriveThruRPG, usually going for $7.99 but available in ePub rather than the default PDF you tend to get from the site.

You get the first 111 pages of the Eclipse Phase core rules with A Time of Eclipse. That’s all of the setting. You can learn about the cross-faction conspiracy called Firewall that works to protect transhumanity from new dangers.

The prices on the paper version of A Time of Eclipse have been lowered too. 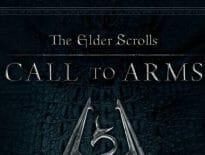 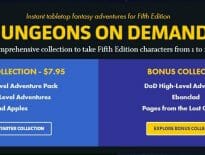