The core rules, all 140+ pages are free on DriveThruRPG, Escape From Helgen is free to download and contains basic tutorials for those new to wargames, and there’s even a set of free print’n’play dice.

Note, though, that The Elder Scrolls Call to Arms bundle is not free as it also includes the $5 Quests supplement.

In the wargame, you can play solo or together against ‘AI’ controlled baddies, or you can go head to head.

The paper version (with actual dice) is open for pre-orders and Modiphius unbox video gives you a good look at it.

These hero-led bands explore dangerous areas like Draugr-infested tombs, the frozen mountains or ruins while managing their stamina and supply of Magicka.

The quests provide scenarios to play through, narrative-driven scenarios that reward your heroes with improvements from game to game. You could, for example, capture and claim a fort as your own and use it as your base of operations.

In the first phase of the game, players concentrate on the civil war, leading forces of either Stormcloaks or the Imperial Legion. Squads will have 1 to 6 heroes with 3 to 15 troops.

However, supplements such as the Bleak Falls Barrow Delve will add Draugr and Dragonborn, and more races and characters will come later. Additional accessory packs add metal tokens, scenery and other goodies.

Miniatures for the game as 32mm multi-part hard plastic or resin. Some of the launch examples are shown below.

Free to Download: The Elder Scrolls wargame Call to Arms 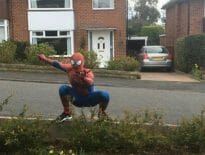 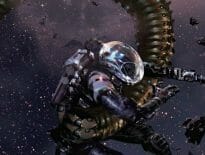