Today, the Vampire 20th Anniversary Edition: The Dark Ages is free to download from the Storyteller’s Vault. It’s usually $24.99.

A post from Onyx Path Publishing’s Facebook page explains what’s going on. If you’re stuck at home because of the Covid-19 outbreak and you’re looking for something to do then give Vampire the Dark Ages a shot.

At Tessera Creative Guild Egg Embry confirms this is for today only.

However, there will be a different product given away for each day for a week.

On Tuesday Werewolf: The Apocalypse 20th Anniversary Edition will be free for a day.

On Wednesday the freebie will be Mage: The Ascension 20th Anniversary Edition .

Then, on Thursday, you’ll be able to download Changeling: The Dreaming 20th Anniversary Edition.

Lastly, by Friday, Wraith: The Oblivion 20th Anniversary Edition is expected to be the freebie offer.

This is a generous offer from Onyx Path Publishing as these books are not cheap.

Last week, Onyx Path took Legendlore to Kickstarter. That’s a 5e-powered game, not a World of Darkness or Storypath system, in which you play yourself having stepped through a portal into a fantasy world and become a hero. 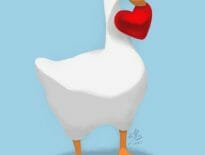 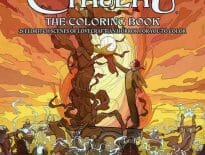