This is not planned. In recent days, Geek Native has covered toilet paper golems in D&D and an RPG you play in your sleep, with dreams. It might seem as if I’ve set out to find strange RPG material this week.

I didn’t. It’s just a fluke of timing. Oh, and talk about timing. The RPG Publisher Spotlight this month is shining on an indie publisher called 2 Head Turtle.

The problem? I couldn’t get in touch with the anonymous designer, and they have only one game to their name; the spooky premises of Godfossaken. That made it hard to write about them, so I introduced the studio, talked about Godfossaken but also introduced Itch.io as an alternative RPG marketplace.

So, of course, less than a week after their article goes live… there’s a new RPG from 2 Head Turtle.

Two Geese in Love is a romantic RPG played without a GM and with two players.

There is a rule variant when you and your RP partner don’t make human noises and honk like geese instead. Honk!

The set up to scenes are randomly generated. You might be, for example, in danger from humans despite the Migratory Bird Treaty Act of 1918 while finding yourself very tired after leading the formation for the last few hundred miles.

During gameplay, players hand out either Affection or Apprehension tokens depending on how events made them feel about the other goose. There are, however, also Lovehearts and Dreadheart tokens to deal with, which are used to track those mutual inner conflicts.

Two Geese in Love is free to download and available from today.

Creative Commons credit: Steal your Heart by Ry Spirit. No, this may not be a Canadian Goose. 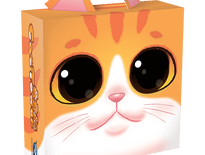 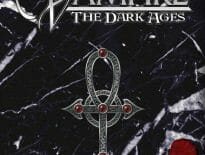