Pelgrane Press’ monthly update has confirmed that the 13th Age setting the Book of the Underworld will release this month.

It was written by Pelgrane’s Gareth Ryder-Hanrahan and developed by Rob Heinsoo and John-Matthew Defoggi. As the title suggests, the setting takes us below the Dragon Empire and to the vast Underworld.

There are different realms in the Underworld; the Underland, the kingdoms of the Hollow Realms and the dwarven city of Forge. There are the Four Kingdoms of the Mechanical Sun that war to keep a golem-hauled solar artefact in their territory.

Elves, too. There are the Silver Folk with their icons She Who Spins in Darkness and He Who Weaves with Joy and there are the threats of Malice and the Drowfort as well.

If you’ve tried running Underdar… er, Underworld adventures before and have encountered the challenge of trying to narrate travel without it getting samey then you’ll be pleased to know that Pelgrane have included rules for Underworld travel montages that add spice and danger.

I don’t yet see the Book of the Underworld up on the Pelgrane Press story or at DTRPG but if you pre-order today you’ll get access to the pre-layout PDF. 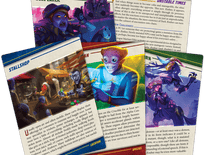 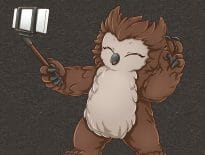