You are here: Home / Games / Tabletop & RPGs / Marvel United chibi-style board game smashes through $330,000 in hours

It was a top-secret project that’s been in development for the last two years, and now it’s an active Kickstarter. Word got out quickly, and the $150,000 goal was met in minutes.

Spin Master Corp, a company listed on to Tokyo stock exchange, and CMON have teamed up to bring a new Marvel board game to life. Imagine what other publishers will make of that.

There’s one pledge tier, and that’s $60. Kickstarter backers get three additional and exclusive figures; Nick Fury, Hawkeye and Corvus Glaive. You can watch the dollars roll in or make your own pledge at the campaign page here.

The game is the work of Eric M. Lang (Bloodborn: The Card Game, Star Wars: The Card Game, Dice Masters) and Andrea Chiarvesio (Arcanum, and some Drizzit games) and, interestingly, uses chibi-style art.

I’m not surprised that the game is doing well as all the names associated with it are tested and popular. I am taken aback that Marvel approved a crowdfunding project, that there was a secret Marvel game in the works for two years and that it’s a chibi one!

While the development of the game was a secret, CMON announced it near the end of January and so today’s launch is not an ambush.

We are excited to unveil the first-ever Marvel game on Kickstarter, delivering a truly unique and original game to fans

“Spin Master takes pride in great partnerships and working with CMON exemplifies this value. Launching Marvel United on Kickstarter gives us the opportunity to bring the ultimate version of this game to superfans with exclusive expansions and characters that can be mix and matched in the game.”

Marvel United is not Spin Master’s first Marvel game. They already have 5 Minute Marvel, Sinister Six and Wakanda Forever in their portfolio.

CMON bring the Kickstarter knowledge. Marvel United will be their 42nd campaign.

Marvel United chibi-style board game smashes through $330,000 in hours 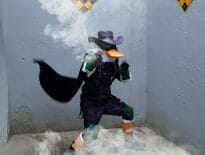 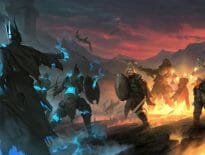