Geek Native has been talking to game designers and gamers about Onebookshelf’s Phone PDF format. The idea is straightforward; a lot of players play on their phones or, at least, take notes and check rules. So why not make PDF downloads for RPGs phone friendly.

It’s easy to find gamers who appreciate this. It’s early days, though, and opinions are still mixed on publishers. It can be a lot of work. Oliver Clegg seems to have found the best of both worlds.

Clegg is the designer and publisher of Killer Kobolds from Outer Space. You can pick it up from the DM’s Guild where it’s become an electrum best seller. That means it’s in the top 1.5% of all the D&D games, supplements and accessories sold on the huge site.

The first line of text in the DM’s Guild digital shop shelf for Killer Kobolds from Outer Space says; “Prepare to melt some faces and scream like a tiny dragon”.

Okay, that sounds like kobolds to me… but I wanted to find out what exactly the game was about and so I asked Oliver to summarise for me.

Playing as the kobolds makes sense. After all, if you’re running a typical D&D game with the players controlling a band of brave but low-level heroes then you’re unlikely to arm NPC kobolds with laser rifles.

Is it the laser rifles that have helped the download sell so well? Oliver had other ideas.

Everyone loves kobolds! They’re cute, vicious and work well as a team, particularly if you give them crazy gadgets. Beyond that, Killer Kobolds plays into a pulpy, comic aesthetic you don’t see often in D&D which I suppose gives it a nostalgic appeal. Beyond that, it’s no-consequence fun – if your kobold dies to a lightning strike from pointing their electrospatula the wrong way, you can just generate another one and keep playing. The wonderful kobold art is by Kevin Miller (@KevDnG on Twitter) and you can find his token sets on the Roll20 marketplace.

Killer Kobolds currently costs $4.99. That feels affordable to many people. Dropping barriers to entry, making the game more approachable has been part of Oliver’s strategy. That came up when I asked about the Phone PDF option.

I created the Phone PDF as a player aid. You can use it to pick your Kobold, view their stats, and to easily pick some equipment for them. It’s to make the game easier to start, so you can leap right into slaughtering passers-by with a Labotomatronic Saw, or a Supersonic Screwdriver.

Unlike other designers and publishers I’ve spoken too, Oliver didn’t find the process of putting together that extra Phone PDF download too burdensome. Focusing on ease of use and being helpful helped provide some clarity of strategy.

It does require laying out the module again in a smaller document, but in my case I chose just to reformat the information useful to players, so it didn’t take too long.

Of course! People process information in their own ways, and players of all kinds (including neurodiverse players) can find sitting down and focusing on just one thing for hours very difficult. As long as people are absorbing information, contributing and feeling happy, there’s no reason they can’t keep their phones on them.

As one customer said; “Killer Kobolds from Outer Space hits on three of my favorite things – perhaps even tacos, although I don’t know how irradiated kobold would taste”.

What comes in small packages? Killer Kobolds from Outer Space 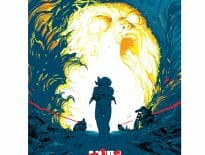 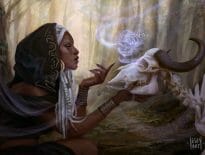