Love is out, Unity is in.

Wizards of the Coast have republished Subclasses part 2 and given new playtest options for the bard, cleric and sorcerer.

Usually, new playtest material is cause for excitement, and the return of subclasses 2 is especially noteworthy.

On Tuesday, WotC first published subclasses part 2. It wasn’t done in secret, the content appeared on the site for anyone to read and RSS feeds updated.

Why is that even in doubt? Well, the new Unearthed Arcana content was deleted and the PDF replaced. The swift removal appears to have some people doubting it was ever published.

A tweet from Jeremy Crawford alluded that the content would return, but there was still speculation as to why it was removed.

One suspect was the Love Domain. The original subclass for the Cleric was about not necessarily sexual love, but bonds of friendship and camaraderie.

The holy magic from the Love Domain worked by giving two (willing) people bonuses when they were near to each other and in need of help. The Channel Divinity was called Impulsive Infatuation as those affected by it would have to attack a target designated by the cleric or, if there were no nearby targets, admire the cleric.

However, the concept of ‘love magic’ unsettled people. An early comment on the content suggested an alternative name for the Love Domain was the Roofie Domain. It’s not clear whether any specific ability was at the heart of these concerns.

The new subclasses part 2 keeps the Bard’s College of Creation and the Sorcerer’s Clockwork Soul. The Love Domain has been replaced by the Unity Domain.

The abilities of a Unity Domain Cleric are similar to that of a Love Domain Cleric but have different names, but the Channel Divinity has changed to Shared Burdon and has different powers. The compulsory admiration has been removed. With Shared Burden, the Unity Cleric can redistribute damage to willing creatures.

The Charm Person spell remains part of D&D Basic and is unchanged.

You can download the new subclasses from Wizards’ site.

Creative Commons credit: Neverwinter Nights: The Path of a cleric by xardax2000.

What do you make of these subclasses and if you saw the original Love Domain cleric, do you think it crossed an awkward consent line? 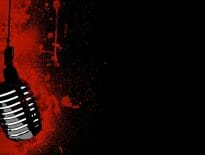 Cool Tech Play and Record – How to get started in actu… 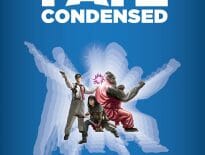 Tabletop & RPGs Evil Hat introduces Fate Condensed
💰 Copper Coins 💰 Geek Native is an affiliate and may earn commission on purchases you make from third-party sites.
🍪 Privacy & Cookies 🍪 The site uses cookies to survive. By accessing the site, you agree to use your browser to control cookie use or take 1d4-3 privacy damage (tracking). If you defeat cookies via ad blocking, please consider the Patreon. An intro to cookies, and how to control them, can be found here. I Manage Cookies