You are here: Home / Games / Tabletop & RPGs / The Lord of the Rings: Journeys in Middle-earth expansion leaked

The Lord of the Rings: Journeys in Middle-earth is a board game from Fantasy Flight Games.

We knew expansions for the game where coming, thanks, in part, to Fantasy Flight Games’ own chat with Head of Studio Andrew Navaro last year.

(The Lord of the Rings: Journey in Middle-Earth segment starts at 13:10)

Now, a product post on the Australian games site The Gamesmen has revealed more details before Fantasy Flight could themselves.

If the Gamesmen product page is as it appears to be, then the expansion is called Shadowed Paths. The new addition to the game will focus on the darker areas of Middle-earth such as the Mines of Moria and Mirkwood. The Shadowed Paths campaign includes 13 scenarios.

The expansion will add in new heroes and enemies, terrain and items. This puts it more or less on par with the games other expansions Hunt for the Ember Crown and Eriador.

Fantasy Flight Games have been having a busy time of late, with the digital department closing and most, if not all, of the RPG team being laid off. Last week Fantasy Flight Games also announced that their Star Wars Destiny game, and organised play for it, would also close.

New products are coming from FFG, though, and yesterday they announced The Blog That Ate Everything a scenario pack expansion for the Arkham Horror card game.

According to Gamesmen; Shadowed Paths is due out in February 2020.

Hey. Just want to say that this expansion in no way will be on par with the Ember Crown/Eriador expansion 🙂 That expansion only had 3 minis, 3 titles and 6 items. It was a small box update. This will include new characters and tiles as well as several other things – as it is a big box update 😉

The Lord of the Rings: Journeys in Middle-earth expansion leaked 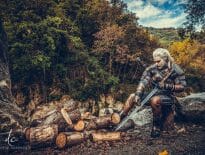 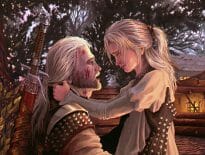