Fantasy Flight is wrapping up Star Wars: Destiny. This dice and cards duel battle is only one of their many Star Wars games.

The forthcoming Covert Missions booster will be the last product made for the game. The game will not be immediately yanked from FFG’s store, it’ll stay up and sell until stocks run out.

The Organised Play for the game will also cease and the final Star Wars: Destiny World Championship will take place from May 1st to May 3rd this year at the Fantasy Flight Games Centre in Roseville, Minnesota.

Fantasy Flight will do one final kit for retailers. Launching after the World Championship, the Echoes of Destiny kit will support a trilogy of sealed tournaments, provide participants with one copy of every card and die from Wild Horizons and include a currently unreleased tenth set of dice and cards.

It’s been a dramatic start to the decade for Fantasy Flight. The first surfaced last week that Fantasy Flight Interactive, the digital arm of the company, was closing. That was followed by a huge (perhaps all) of the RPG department being let go.

Fantasy Flight Games currently lists nine RPG titles (if you count all their Star Wars games as one) on their site and a spokesperson has confirmed that 3 will continue for now. Those three are believed to be Star Wars, Genesys and Legend of the Five Rings.

It’s speculation, but the closure of Star Wars: Destiny feels like a profitability issue with the game individually rather than a licensing issue with Star Wars and Fantasy Flight. The latter would be incredibly more damaging to the company.

You can read about the closure of Star Wars: Destiny at the Fantasy Flight Games website. 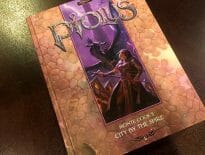 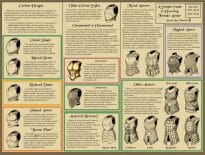