You are here: Home / TV / Netflix confirms there’s a The Witcher anime on the way

The Witcher: Nightmare of the Wolf is Netflix’s latest The Witcher project.

Studio Mir, the animation house behind Legend of Korra, has worked with showrunner Lauren S. Hissirch and writer Beau DeMayo on an anime film about a new threat to the Continent.

Release date and casting details are still to be confirmed.

It’s easy to see why Netflix is investing in The Witcher. Disney+ is here, and the House of Mouse has so many dominant franchises; Marvel and Star Wars among them. A reason to subscribe and stay subscribed to Netflix is a powerful thing.

The stats are looking good, but there’s one big caveat. The Witcher seems to be Netflix’s biggest hit yet, according to stats in the Hollywood Reporter which say 76 million Netflix accounts watched the show.

That caveat? Netflix recently changed how it counted those stats. Previously, 70% of a show would need to be seen. Now Netflix calls it a view if they’re confident it wasn’t someone clicking on a thumbnail by mistake, and so it could be as little as a 2-minute watch.

Netflix seems confident in their numbers and a second season of the live-action The Witcher has already been confirmed.

Creative Commons credit: You’re more than that by cyberaeon.

Netflix confirms there’s a The Witcher anime on the way 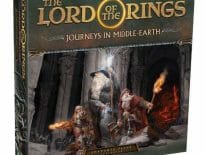 Tabletop & RPGs The Lord of the Rings: Journeys in Middle-earth ex… 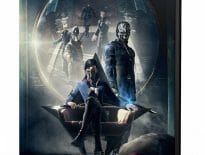