The Last God is a new fantasy series from DC.

Written by Phillip Kennedy Johnson and illustrated by Riccardo Federici it is the story of two different groups of heroes battling the same threat; 30 years apart.

The original heroes travelled further than creation itself to battle and kill the last living god. Their success thwarted the evil god’s undead army and saved the realm of Cain Anuun. The heroes become the rulers of the world.

A generation later, the peace has not lasted, and the legions of the Last God are active again. Did the original fellowship lie about their success?

Even as the world spins dangerously close to destruction, a new group of unlikely champions have to band together and try, this time, to kill the Last God.

The Last God: Tales from The Book of Ages is a 5e powered sourcebook for the setting. It has the tools to build campaigns and adventures in the world of The Last God. It contains the history of the people, playable races, subclasses, items and magic.

The sourcebook is written by Johnson himself, but Dan Telfer of Nerd Poker provides the 5e content. Jared Blando is the cartographer who has created stunning new maps for the world.

The Last God: Tales from The Book of Ages is due on sale at the end of April, is 40-pages long and will cost $4.99. DC are publishing it under their DC Black Label and have given it a 17+ rating.

You can find DC’s announcement on their blog.

Are you reading The Last God? What do you make of the new series? Will it make a good RPG campaign setting? 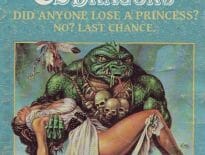 Tabletop & RPGs These D&D Classics are much improved with hil… 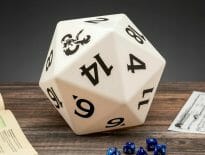