Last week, Geek Native and other sites reported that Fantasy Flight Interactive was closing and that employees had said the RPG department had been laid off, entirely or effectively.

However, Milton Griepp of ICv2 has found an unnamed company spokesperson for Fantasy Flight Games who said;

There are currently nine RPG product lines on Fantasy Flight’s roleplaying games section if you count all the Star Wars titles as one. They are Star Wars, Legend of the Five Rings, Genesys, The End of the World, Dawnforge, Dragonstar, Fireborn, Grimm and Midnight.

It’s believed that the three product lines the FFG spokesperson is referring to are Star Wars, Legend of the Five Rings and Genesys. The other lines have been dormant, and there are planned releases for the others that will carry on for a few more months.

Those new products are Genesys: Secrets of the Crucible, the KeyForge RPG, as well as L5R RPG: Sins of Regret, L5R RPG: Path of Waves, L5R RPG: Gamemat, and Star Wars: Age of Rebellion: Starships and Speeders.

As Geek Native’s initial coverage commented, these three RPG lines are popular, and it is entirely possible to produce content for them with freelancers. However, gamers will likely be worried about the long term future for these titles. This gamer is.

Fantasy Flight says RPG lines will carry on for now 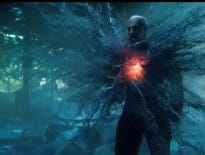 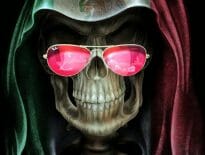