However, until yesterday, Paradox Interactive owned a stake in Coriolis. Free League’s press release doesn’t go into the background and why this was the case. Some of the Coriolis designers have worked for Paradox in the past (and may still), Mattius Lilja is still on the site as EVP Studios.

Free League has grown with hit after hit, most recently with the official Alien RPG. Now they’re able to “buy back” Coriolis.

It’s expected that the next few years will now see a wave of Coriolis projects and Free League’s press release uses the phrase “game property” to describe the title. Does this hint at board games or other non-RPG mediums?

Coriolis now joins fantasy franchises Symbaroum and Forbidden Lands in the family of game propertys fully owned by Free League Publishing. This move opens up a wide field of possibilities in the science fiction field for many years to come. We want to thank Paradox Interactive for their stewardship of Coriolis, and our close partnership with them continues for the Crusader Kings board game,

Coriolis is set in a remote star system called The Third Horizon that is plagued by war and conflict. Early settlers, known as First Come, worship Icons. These godlike beings are real and intercede in events; sometimes helpfully, sometimes not. The new power in the system are the Zenithians who are aggressive, imperialistic and trade power.

Coriolis was the first ever brand we created from scratch, and it feels fantastic to have the it return to base,”

Are you a fan of the Coriolis RPG? Let us know what you like or dislike about the game in the comments below. 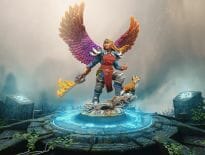 Sites Hero Forge 2.0 is the promise of coloured custom T… 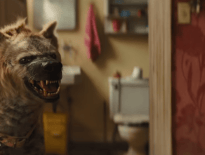