Lydia Van Hoy’s latest contribution to the DM’s Guild is The Half-Race Handbook.

The download costs less than $4, was uploaded just at the start of the year and contains nearly 30 pages. In it, you’ll find 33 races (and that’s not counting the subraces mentioned).

Some subraces are common in D&D games; half-orcs and half-elves being the main ones. In both cases, human is the other half. If you’re allowing for cross-race biology then are no shortage of different possibilities.

Van Hoy’s approach is to create three different categories; ability score modifiers, major features and minor features. The rules in the book provide governance on how you can combine these three categories to create just about any half-race that might fit with your world.

Three examples of this modular approach are included in the book; half-elf, half-orc, koboldfolk and the Yuan-Ti halfblood.

It’s not all races, though. The Half-Race handbook also contains two new family backgrounds; Blended Family and Adopted. These backgrounds influence which skills you might be proficient with at level 1 and what languages you speak. After all, if you have an elfish mother and an orc for a father, then you’ll undoubtedly be exposed to two languages from an early age!

The Half-Race Handbook has already become an Electrum Best Seller at the Dungeon Masters Guild, putting it in the top 1.5% of sales.

Do you have a copy of The Half-Race Handbook? What do you make of the D&D supplement? 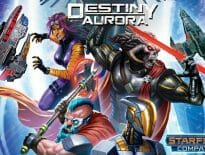 Tabletop & RPGs Destiny Aurora will get it’s own Starfinder … 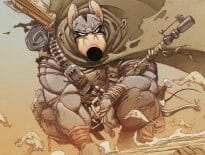