Golems are a staple of fantasy RPGs. Animated hunks of rock, or metal, occasionally more exotic and sometimes morbid materials are shaped into a humanoid form by wizards and used as powerful servants or defenders.

The origins of golems can be found in real-world Jewish legend, as a clay figure brought to life by magic. Fantasy writers and game designs took that concept and ran with it.

Stellarian Games’s incredible tower golem takes this concept a stage further. In this idea, the whole wizard’s tower is capable of coming to life and becoming a giant warrior controlled by its master.

Karl Paulsen put together an excellent video feature on how such an impressive model (er, or terrain?) was put together and cut it into three easily digestible chunks.

I imagine if my Dragonborn fighter went up against this tower golem, then he too would become three easily digestible chunks. Scary!

What do you think would make for a great golem and would like to surprise a group of fantasy RPG players with? 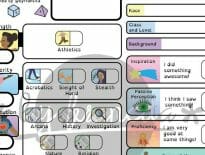 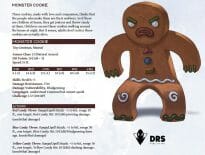