You are here: Home / Games / Tabletop & RPGs / The Adventure Zone: Bureau of Balance opens for pre-orders

Jenn and Keith have worked quickly, or perhaps the game was nearly ready by the time the announcement was made because The McElroy’s are now taking pre-orders for the game.

If 1,500 copies of The Adventure Zone: Bureau of Balance are pre-ordered then the game will ship with extras. At the time of writing, 600 have been pre-ordered. Want in the queue? Pre-order here or just check out progress towards those bonus features.

However, it doesn’t seem right to call Burea of Balance an RPG. In fact, they don’t call it an RPG. It’s a card game with cooperative storytelling.

You don’t need a GM. Instead, cards are drawn to dynamically create dungeon challenges for your heroes to deal with. There are an estimated 120 hours of play given all the possible options.

Here’s how the game is finally and officially described;

The Adventure Zone: Bureau of Balance is a cooperative storytelling card game that lets you and your friends build your own stories in the world of The Adventure Zone, pitting your party of adventurers against the challenges of a deadly dungeon. It’s accessible and easy to learn, even with zero previous experience with fantasy roleplaying games or The Adventure Zone. No need for a DM: all you need is an hour, a few friends, and a little creativity. (But don’t worry– you’ll still get to roll a D20!)

TAZ: Bureau of Balance uses a modular system to dynamically generate missions. One night you may find yourself fighting sarcastic specters as you make your way through haunted caverns, while your next mission might pit you against cunning gerblins on a train racing towards a perilous destination. With 12 decks of double-sided cards as a foundation, TAZ: Bureau of Balance provides players with over 120 hours of unique challenges.

The game is expected to ship in August 2020.

The Adventure Zone: Bureau of Balance opens for pre-orders 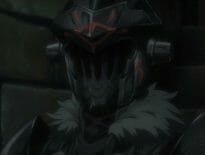 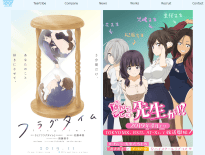