You are here: Home / TV / Anime / Anime studio vanishes even as its most recent project opens in theatres

Anime studio Tear’s three most recent shows are Fragtime, Why the Hell are You Here, Teacher!?, and The Royal Tutor. Fragtime is still playing in theatres.

Tear, however, has vanished. That’s terrible news for freelancers who are still owed months of pay.

The Japanese pop culture news site Sora News 24 reports that not only is the Contact Us button on the site returning a 404 header but industry insiders are unable to get in contact with anyone associated with the studio. Except for those freelancers who are now wondering where their money is, I assume.

How is this even possible?

It might seem odd that an animation might be enjoying theatrical release in Japan while the company that animated it has vanished.

I mean, what about the paperwork?

As it happens, the anime landscape is far more complicated than that. It’s not unusual for a distribution company to own the license and be responsible for the first and last miles of an animation’s production.

There might even be a standalone ‘production committee’ created by the stakeholders as a vehicle to own and publish the anime. You might have seen references to production committees in the credits in animes you’ve seen as it’s a fairly common practice.

In the case of Tear, which is also known as Next Batters Circle Inc, it is the production committee which owns and runs the Fragtime website.

Fragtime’s website has been updated with the following message about the disappearance of Tear.

Since last week, there has been a lot of talk on the Internet and social media about Tear Studio, the studio that produced the theatrical OVA anime Fragtime.

We have a need to understand the situation, and for some time we have been attempting to secure a statement from Next Batters Circle’s representatives, but we remain unable to make contact with them.

In order to achieve an accurate grasp of the situation, we will be continuing to attempt to contact Next Batters Circle’s representatives in order to request a statement.

In other words, even the production committee has no idea what’s happened to the full-time staff, admin and management teams of the studio. 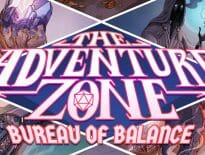 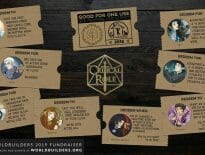