You are here: Home / Games / Tabletop & RPGs / Rivers of London is becoming an RPG

Rivers of London is a series of novels by Ben Aaronovitch. The first book, Rivers of London (or Midnight Riot in the US), was published in 2011 and centres on a young Metropolitian Police offer called Peter Grant who encounters a ghost.

That encounter results in Grant being recruited to a small branch, the Folly, within the police that deals with the supernatural.

The RPG will use Chaosium’s Basic RPG, customised to reflect the Newtonian magic and supernatural horrors that appear in the series’ novels and comic books.

I’ve been an RPG player since the original D&D so I’m terribly excited and honoured to have Rivers of London turned into a proper roleplaying game and especially because it’s with Chaosium, who produced Pendragon and Call of Cthulhu and such brilliant adaptations as Elric!”

There may well be a Rivers of London TV series coming too as in May of this year Simon Pegg and Nick Frost’s production company, Stolen Picture, bought the rights to create a TV version of the Folly.

Rivers of London is becoming an RPG 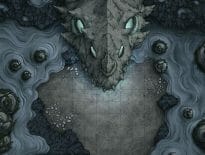 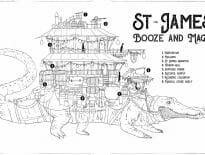