Last week we had Gen Con and the release of Pathfinder second edition.

Paizo used the huge gaming convention and their Twitch channel to announce a whole set of future supplements for their fantasy RPG.

The roadmap begins with the Lost Omens World Guide and then continues to give us more insight in to the Age of Lost Omens.

We soon come to the City in the Center of the World, Absalom, which was the most important city of the era.

While Paizo shares additional monster books, GM aids and card decks, the adventure paths and dungeon crawls settle on the huge city. Absalom is the largest urban area Paizo has ever mapped.

Comes complete with a large and double-sided poster map. This Guide contains 10 major Inner Sea regions, new backgrounds and archetype for each class.

Suitable for Pathfinder second edition, this deck has cards for critical hits of all types; magic, slashing, piercing and bludgeoning.

This Pathfinder supplement has new heritages and ancestry feats for every core rules ancestry. It has new ancestries of its own; hobgoblin, leshy and Iruzi lizardfolk. There are 5 new factions and templates to make faction-specific monsters.

More than 400 creature pawns made from cardboard, coloured on both side and taken from the Pathfinder Bestiary.

Over 400 reference card. That’s one for every monster in the Pathfinder Bestiary. Image on the front with stats on the back of the card.

Information on the gods of the Age of Lost Omens. There are new domains, feats, and spells. The book has a large index of hundreds of gods complete with their domains and favoured weapons.

A resource to helps upport Pathfinder GMs. The book will have subsystems like chase rules, research rules, vehicle combat and how to design monsters. The Guide teaches GMs how to build adventures and campaigns. There will be a large archive of NPC stat blocks.

The player characters are members of a circus troupe in this set of 96-paged soft covers.

A large dungeon crawl set in Absalom, City at the Center of the World, which will take PCs from level 1 to level 7. This lore heavy supplement explores Aroden, the dead god of humanity.

Over 300 new and returning monsters.

A large sourcebook that details the most important city of the Age of Lost Omens. Includes large poster map of city and dozens of locations.

PCs are part of the City Watch in Absalom and have murders to solve and criminals to catch. These six monthly adventures have been designed in concert with Absalom: City of Lost Omens.

The largest urban area Paizo has ever made now on a map and designed in concert with Absalom: City of Lost Omens.

This timeline and summary were greatly assisted by this Reddit roundup.

What do you think of the roadmap for Pathfinder 2e? 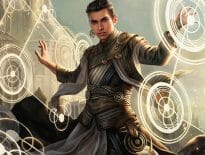 Tabletop & RPGs Seeders from Sereis: Exodus will be published in E…
wpDiscuzComment Author Info
Manage Cookie Consent
This site uses cookies 🍪, and links are ads that may earn bloggers some money 💰, and with this alert, I very much hope that these dark truths 🧌 are acknowledged.
Manage options Manage services Manage vendors Read more about these purposes
Preferences
{title} {title} {title}
Loading Comments...