Rebellion, the British company that owns Judge Dredd’s 2000 AD and makes computer games like Sniper Elite, has launched a board game division.

Rebellion Unplugged’s first game will be Sniper Elite the Board Game.

Heading up the new division is Duncan Molloy. Molloy was the founder and creative lead at Osprey Games’ board game line. At Rebellion Unplugged he will be responsible for both board games and collectibles spawned from Rebellion’s impressive list of franchises and popular titles.

My brother Chris and I have been making video games for more than 25 years, and our love of the medium has its roots in our childhood love of board games. We’ve got so many great games and comic book heroes and universes to draw from too, so it’s going to be a lot of fun.”

Earlier this year, Rebellion’s Treasury of British Comics picked Janus Stark from their 130 years of archives for relaunch. EN Publishing, however, currently has the license for the Worlds of 2000 AD RPG.

Meanwhile, Osprey is getting into RPGs with Scott Malthouse’s Romance of the Perilous Land and Graham Rose’s Paleomythic: A Roleplaying Game of Stone and Sorcery announced for this year. 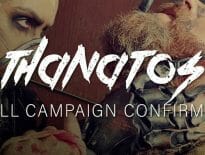 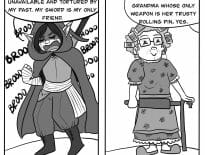