Osprey Games, publishers of the Jonathan Strange & Mr Norrell board game, Wildlands and the forthcoming Embers of Memory: A Throne of Glass card game are moving into tabletop roleplaying and have two titles lined up for this year.

Romance of the Perilous Land

Designed by Scott Malthouse (Quill, In Darkest Warriors), Romance of the Perilous Land is set in a folklore rich British Isles. Players are valiant knights, cunning folk or even wild barbarians, and always heroes who right wrongs and may become legends. It is an era of romantic chivalry, King Arthur and evil creatures lurking in the waters.

The game will retail for £20 ($30) and is illustrated by John McCambridge, David Needham and Alan Lathwell.

Paleomythic: A Roleplaying Game of Stone and Sorcery

An RPG of stone and sorcery, written by Graham Rose, in which players are trying to survive in Ancient Mu. Characters are healers, soothsayers and warriors who will have to deal with other tribes, otherworldly spirits and even prehistoric beasts.

The game will also retail for £20 ($30), and Mars Oosterveld joins John McCambridge as illustrators. Both books, Perilous Land and Paleomythic, will be hardbacks.

So, any news on the system?

Not that I’ve seen but I’ve reached out to two contacts at Osprey and one of the authors (who may not be allowed to talk to me) and I’ll update you if I can find out. 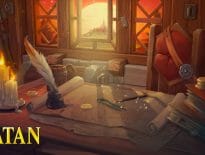 Console Settlers of Catan come to the Switch 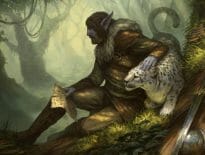 Tabletop & RPGs Wizards of the Coast deny reports they’ll be…
wpDiscuzComment Author Info
Manage Cookie Consent
This site uses cookies 🍪, and links are ads that may earn bloggers some money 💰, and with this alert, I very much hope that these dark truths 🧌 are acknowledged.
Manage options Manage services Manage vendors Read more about these purposes
Preferences
{title} {title} {title}
Loading Comments...