Scout is back from patrol with another collection of anime mini-reviews.

Each show gets only a few paragraphs and then a quick rating. You’ll know by scrolling whether you might be tempted to watch one for yourself.

This week we make a return to the very popular Black Clover and see whether or not the Magic Knights have turned the table on the powerful magic terrorists, we discover why exploring a fantasy game with your mother is likely to be a terrible idea and wrestle with yet another vampire versus werewolf tragedy.

In our final two mini-reviews, we deal with time-travelling in different ways. There’s the mech versus monsters of Revisions and then the science versus brute strength of Dr. Stone.

It’s a trick, of course. Characters stay broadly the same, the story development spikes and troughs as sub-plots become arches in their own right and the plot is long rather than clever.

In these last few episodes, we’ve been watching the Magic Knights fight themselves in contests to determine who can join the new Royal Knights and go on to assault the terrorist group that has been attacking them.

We don’t really explore whether there’s any shade of grey in the kingdom, just get to see how powerful some of our rookies have become.

Nevertheless, if you’re more than 50 episodes into an anime, then you know the formula works for you. Formulas in themselves are not wrong. I’m enjoying the simple storytelling in Black Clover.

Do You Love Your Mom and Her Two-Hit Multi-Target Attacks?

Readers, we’ve had some wobbles with Do You Love Your Mom and Her Two-Hit Multi-Target Attacks? I nearly gave up. The reason is pretty apparent; oddly specific fan service.

While the show picks up a little when it manages to focus on the concept – exploring a fantasy game world with your over-powerful mother in tow – it rarely bothers to do that.

It’s hard to like any of the characters terribly much, they’re all prone to being awful (except for Porta – who seems just there to be helpful), and weirdly, it proves that having a too powerful character in a game is a quick way to ruin it.

There are only a few episodes left in the show, but I’m not sure whether I’ll watch them. I won’t be writing about it again.

The show, as a whole, is okay. That’s a disappointment as the first episode was so refreshing. After launch To the Abandoned Sacred Beasts heads south pretty quickly, becoming a monster-a-week battle for a character that seems pretty one dimensional.

The most recent episode, though, six, gives me some hope. I was about to stop watching until in some sort of telepathic moment the writers poked fun at their own improbably big breasted female character design and then fast-tracked the plot until something original happened.

Yes, the baddie is a vampire. Yes, the revenge character is a tragic werewolf. But, as episode 6 finishes, there’s a hint of a twist.

We’re only halfway through season 1, I’ll give it a few more watches and probably conclude I’m close enough to the end to power through no matter what. They’ve got me, haven’t they?

Dr. STONE successfully continues on its mission to teach me about science on the sly while distracting me with a pretty exciting story. It’s an unlikely story, but that’s why we watch anime.

The villain has a gang of thugs that have been broken out of the petrification curse.

The hero, now nicknamed Dr. Stone, has predictably found himself welcomed by a stone-age village. It won’t stay stone-age for long, of course.

We’re heading to a clash between the two sides, and there’s at least one character who will have to pick sides.

I’m enjoying Revisions but would enjoy it much more if I could just convince myself I’ve not already seen it.

At the start of the show, we have a mysterious woman turn up to resolve a kidnapping. We then skip ahead until those same kids are nearly finishing school and each one affected by the abduction differently.

Then the whole school is transported into the wilderness where a deadly monster attacks, killing several innocent people.

We wriggle our way into a mech versus monster drama only for complexity to emerge. Who’s really the villain here? What exactly did the mysterious woman from the past really want?

Status: Sticking with it.
Where: Netflix 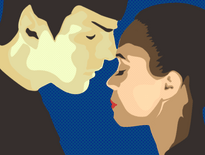 Geek Stuff Can you imagine yourself in a romantic relationshi… 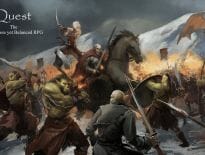