You are here: Home / Games / Tabletop & RPGs / Genre Police: The Flasher In the Jitty

Quite a lots of genres I discuss here are specific, niche cases that can easily be defined by their specific tropes and mic-en-scene – even if you are flicking through channels on the TV station you can identify a western by just catching a glimpse of it – but every so often, I touch on a different type of genre. I opened this column by talking about Myth and later on went on to talk about folklore in various guises. I’d now like to briefly return to something that sits in those spaces.

But it’s the spooky season. So I thought I’d talk about a genre motivated by something darker. Gather round and let’s tell some stories. Let’s investigate the murkily defined world of the Urban Legend.

Did you hear the one about?

The Urban legend is a strange thing when we get down to it. In earlier articles, I define a Myth as a tale that acts as a mirror of society, one through which we can tell truths through a veil so as not to look too closely. Urban Legends certainly aren’t that, although they contain elements of metaphorical lessons. I later posited Folklore exists as a way of making solid cultural truths and preserving elements of a culture in oral history. Again, Urban Legends aren’t this, but they are a sort of cultural device. We do use them to define cultural beliefs, specifically in children and teens. Like Grimm’s Fairy Tales they become stories with tests of purity – but purity does not always prevail. So what’s the point? Why do most modern societies develop a situation where we have terrifying and often horrific stories that are passed on and told, again and again, purporting to be real?

There are few elements here but I think urban legends are interesting because they don’t come from any noble place. These are stories motivated by fear. Not personal fear, instead a definition of our cultural bogeymen. Often a person telling someone else an urban legend isn’t attempting to pass on knowledge but actually provoke a reaction – something scared them a little and they want to make other people share that feeling. Rather than the cruel act this feels like, it is, in fact, a survival trait hardwired into our species. Tell the other person about the danger – maybe they will be safer if they are scared. It’s a primal instinct. Fear is one of the things that has kept our species alive so long.

And in Urban Legends we find that oral safety net in a clearly defined form. Maybe young people won’t listen about societies concerns about pressures of boyfriends and sex – but they can be terrified by Hook Hand and Goatman, who prey on young couples. We don’t really want to talk about the fact young women need to be aware of opportunistic predators while drinking. So we create the story in which a female student who come back from a college dorm party doesn’t want to wake her sleeping room-mate so goes to bed in the dark, only to wake up the next morning to a slaughtered room-mate and a scene of carnage and the words ‘I bet you’re glad you didn’t turn on the light’ painted on the walls. You see how it works. Pass on the threat. Let’s worry together. Make it plausible, but not likely. Our brain will find that more memorable.

Of course, it often gets exaggerated or overworked. But you can see stories emerge that mirror society’s concerns. Hook hand in the ’50s was the rise of the teenager, Creepy clown statue in the late ’70s was a reaction to John Wayne Gacy. AIDs Needles was… well, tasteless, but I think you can see how these stories are reflections of a society after all. Just rather than expressing its cultural wisdoms or dealing with its big questions, the urban legend talks about what a culture fears.

And as we’ll see in a minute, that creates some interesting ideas for play.

Let’s talk briefly about some games that do urban legend well, but in different ways:

Creepypasta: Yes, there’s a Creepypasta RPG. If you think about it one way, Creepypasta is a genre really defined by its format, so it becomes a kind of modern set of Urban legends. Using Urban legend in a straight horror dive, this book is pretty nicely put together. I’d love to run a horror game around Candle Cover, anyhow.

Unknown armies: Taking the idea of Urban Legends and jacking it up to eleven by including rumour sections in each book, this game is about how these stories are the tip of a much stranger iceberg. UA is perhaps one of the most unique games in existence. I talk about it all the time, I know but it’s one of those games I sometimes can’t it believe exists.

Satanic Panic: Only you can stop the satanic cults of D&D! Taking on the one-time society’s paranoia that targeted the RPG community and making it all real in setting, this game takes a very tongue-in-cheek approach to a very specific Urban Legend.

Here’s some ideas that swim up from the collective fear cycle.

Have Urban Legends Exists in Your Games
Whatever game you are playing, it will have a society. Take a minute to think about what that society fears. I’m not talking about the next invading village or technowizards or star destroyers. I mean what social elements are fearful? Is it pollution? The influx of another displaced culture? Scarcity of resources? Then use that to deliver a few nasty urban legends. For a real world example, post World War II Berlin – a broken and hungry city – had a lot of urban legends about cannibalism. Invent more than one rumour that the PC’s can hear about. The reason for this is because…

Occasionally, these are just stories
I think it is important to the feel of Urban legends that some are false. We all know, deep down, that these stories are at best exaggerated tales or just wholesale made up. Having the occasional rumour having a far more mundane (but not necessarily less dramatic) reason behind it creates a sense of horror when the real threats emerge.

Localise
Bear in mind that some of these tales should be really specifically localised – while doing research for this article with real people, I found a variety of other stories specific to the area I lived in – The Midlands of England – that I’d not heard from any other source. That’s because local areas have their own social conventions and horrors. So it’s possible that horrors exits that are very specific and tied to a particular isolated culture. ‘The Flasher In The Jitty’ is a story that is known by maybe a thousand people in my hometown for example and seems to have basis in two separate real-life events but means nothing to other people. You can make knowledge about threats and horrors that emerge available to just handful of people who know a tale. Then the players have to seek out that clique/settlement.

Isolate
A lot of Urban legends happen to singular people. While not best for an RPG, occasionally isolating a player for one scene or desperate fight can be amazing. Try to look for places where you can put a player on their own in threat. Maybe going to buy things from an item shop can turn into a horrifying experience when they realise they can’t leave. Maybe stumbling home from a tavern causes them to be pursued by something dark. Just don’t overuse this or your players will never venture anywhere.

Embrace The Horrid Twists
Most Urban legends have horrible twists somewhere in them, a full shock reveal. Usually right at the end. You can throw a shock twist in halfway through, just take an assumption the players have about a way the story is progressing and then pull a right hand turn and include either a shocking betrayal or the death of a character they have assumed is important to the ongoing story. This can be especially effective if you feel like you’ve come up with a better idea for the ongoing adventure than you originally had. Did I mention this is a thing you are allow to do? Change your mind about your plot? It’s actually a really important thing you as a GM can do. As long as the new plot maintains internal consistency, you don’t have to stick with what you decided might happen at the start of the session. Remind me to talk about improv theatre at some point.

Well, that concludes our Urban Legend section. If you don’t share this with three hundred people, keyboard-man will come for you. Until next time, where we get a little less dark, but no less weird. Bring your tinfoil hat.

Genre Police: The Flasher In the Jitty 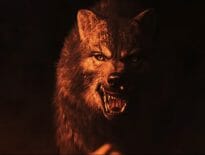