You are here: Home / Games / Tabletop & RPGs / Genre Police: How Grim To Grimm?

There’s a lot of received knowledge about fairytales, particularly those from the Brothers Grimm. We all recognise the tropes: Knight gets the princess, living happily ever after, animal companions and more. It can be tempting to convert the tropes we know into a darker form – with child-eating witches and insane stepmothers abroad, blood-stained wolves in the forest. It can feel at once mischievous and a throwback to what is viewed as the ‘original stories’. But do we lose anything when we veer away from the recognised trope set? Or more importantly, what do even stand to gain? Let’s take a look the Folktale through the lens of Grimm and try and work out if ‘What’s good for the talking goose is good for the player’.

That phrase is never going to catch on.

It’s been cited by many that the original Grimm’s stories are a bloody affair, full of death and vile punishments. In attempting to catalogue and reproduce the folktales of early 1800’s Germanic peoples, the brothers were not interested or invested in telling tales for children. However as unfavourable reviews returned on the early editions of the books, they consented and began to aim the stories at a younger target market, exorcising things like a Rapunzel sex scene. Slowly the books became a set of morality tales for the young.

And arguably this is the moment that they became some of the most harmful texts to young minds in western civilisation.

The problem lies in the Brother’s themselves. Having lost all father figures when they were younger, the Brothers tended to idealise fathers and villainise womenfolk, particularly mothers. At the time, this imbalance wasn’t picked up on, what with a society already being heavily skewed towards this metric. Combined with the mainly fear-based child discipline of the 1800s, the instructions to young women about their place in society and desires for adulthood were heavily contorted. This message was never questioned at the time and often isn’t thought about even today.

Now, the prevailing next step in the argument is to lay into Disney. The House of Mouse certainly made no effort to examine the proto-misogynistic sub-text of Grimm’s tales when they adapted them to film. They also added another level of saccharine to the whole mess, so much so that ‘Disneyfication’ is now an actual term. The understood logic amongst a certain level of a rebellious crowd is to reinterpret these tales for themselves, adding darkness and horror to the fairy tales, adult themes – a ‘reclamation’ if you will.

But there is a worrying trend amongst many of these re-imaginings. The violence has been re-introduced and it’s still aimed squarely at female characters. A lot of these re-tellings can be just as exploitative as Disney, just more violent.

So where does this leave us from a game perspective? The last few weeks we’ve been talking around the subject of adaption and folk tales, and by now I think we understand that I hold that in taking a genre or source and reinterpreting a game you have to stay true to the spirit and intent of the source material. Which is why I think ‘fairy tales’ are a hard adaptation. To make them more appealing than ‘twee’ we have to include our share of darkness but given that the source maligns and often attacks female figures, it can be problematic to find a balance. If one of the defining factors of a genre is ‘Sexist’ then maybe we ought to throw it out. And yet… it is reflective of the society of the time. And maybe reflective of our society that we just let a genre that defames women just slide. That’s maybe what we need to look at when we bring these things to the table.

And hopefully, you see a new world of ideas open up before you. One in which you quest a fairy realm to help restore an imbalance in the land. Princesses are in danger, but because they have had their voices stolen by a dark book that turns them villainous. It’s time to set them free and let them rampage upon the land, dangerous and beautiful.

So social commentary aside, what games/settings exist as a good examination of Fairy Tale genre and it’s issues? Here’s a few ideas that might catch your eye.

Changeling (both): Dark themes hide behind shiny frontages in both Changeling: The Dreaming and Changeling: The Lost while the former is a slow burn tragedy about the loss of innocence and the death of hope, the second is a stunning ride into our primal self covering issues of child abuse and abandonment and PTSD. The great thing about both these game is that they balance these with a childlike sense of the absurd at any given moment.

Zantabulous Zorcerer Of Zo: A game designed to ape the more playful side of Fairytales, Zo is a brilliantly easy game to pick up and play. It’s also widely malleable, with one convention session of it I played turning into a fairytale version of The Wire.

Red And Pleasant Land: Based On Wonderland rather than Grimm’s Tales, R&PL has it’s place on this list because it serves the source material so well and is a guidebook ‘how to’ when creating a fantasy world from a fairy tale beginning. Its Darkness is only matched by its whimsy and its ‘Alice’ character class is a real delight.

Bluebeard’s Bride: The darkest of all games on any list, this game has the power to be one of the most moving you’ll ever play. Using the metafiction of a playing the different personality aspects of a bride trapped in a cavalcade of horrors, written by women and meant to echo female experiences, it’s perhaps the closest we’ve come to a real feminist fairytale. Play only with people who you can trust.

Here are a few tips for making that ‘Fairy Tale’ element pop from the game.

Lean Into Tropes
While it can be easy to subvert and darken the ideas of fairy tales, that won’t replicate the feel. You have to recreate the archetypes of fairy tales occasionally. Witch queens, talking animals, evil dragons, even the occasional prince charming – make sure you play a few of the hallmarks straight. It then draws attention to the things that ARE out of place while creating a feeling of a fairytale world. On this note, while we are talking about Grimm’s tale here, a lot of players will instantly default to Disney versions in their heads, so don’t be afraid to use them as points of reference, it will shorthand the players right into immersion – maybe have some people burst into song?.

Beauty Is Good – Mostly
Grimm’s stories often equate physical beauty with goodliness, and in fairy tale settings, ugliness is often a reflection of a corrupted or troubled soul. At the very least consider this to be the default assumption of NPC’s in the setting, even if it doesn’t hold. This is why it’s easy for an evil but beautiful queen to rule openly, because the peasantry don’t really believe anyone that nice looking can be truly evil. She’s just misunderstood, right? Make sure you hang a bigger effect on social traits in your game.

Everything Is Sentient
Break out those animated objects! Allow talking animals as PCs! Double down on familiars and critter companions! While designing each storyline consider at least one inanimate object that could be sentient and change one NPC you are thinking of into a talking animal. These minor changes create a kind of rhythm of recurring elements within a game that change how it feels for the players experiencing it.

Transformations & Imposters
Grimm stories are full of transformative moments – heroes transfigured into something else, punishments that change a persons form, people looking like other people. Don’t be afraid to mess up players physical forms for a short while. Does the game you are running have creatures that shift from one form to another? If so, make sure you use them.

Trials & Purity
Finally, the Grimm stories are often framed as parables of a culture or morality lessons disguised in tale. They consist of heroes facing trials – not of combat, but of character. Make sure you set up these elements of trial and allow players to either fail or succeed at ‘being a good person’. And reward them when they do. Also if these trials involves three of a thing or seven of a thing, that’s also good. Dunno why, but Fairy tales were full of examples of with three princes/pigs/goats’ and ‘seven brothers/dwarves/Seeds etc’ so if it turns up over and over, it becomes a mythical powerful number set.

Next time, we’re going to re-frame Folktale style play using a different lens. And we hope it keeps your gaming fresh for 1001 nights.

Creative Commons credit: Truth about Mermaids by Anna Roliak and Fairytale Hut in the evening by Rumar Porros.

Genre Police: How Grim To Grimm? 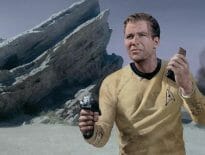 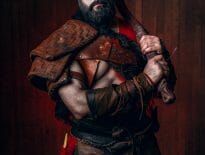