You are here: Home / Games / Tabletop & RPGs / Under pressure sci-fi excellence: A review of Last Fleet

It’s an excellent game, truly it’s great. I mean, as a player, you may love to hate Fox, but the game is still great.

I backed the deluxe edition, and for that sound investment, I got a PDF and a signed hardcover, a 250-page A5 book that’s the perfect size.

The most important thing I have to say about the game is this: I know of no other RPG that spends so much time helping the GM get the game right.

Yes, there’s a system and setting in here. There are two settings, and it is based on Powered by the Apocalypse. I shouldn’t dismiss either so quickly, I suppose, as these are critical hits too.

The magic of pressure

The game uses a Pressure Track of only five boxes. Whenever something bad happens to your character, as it often does, tick a pressure box on that track. Physical damage counts, losing a loved one hurts even more, and a host of harms will quickly fill up that pressure gauge.

If players are unable or unwilling to take those risks, then hitting Breaking Point is inevitable, and there are mechanics for that.

Now, we don’t stop there. At the very same time, there’s an Attrition Track for the whole Fleet. Actions or inaction that results in considerable supply loss or resources drain adds to that count. Slowly, but surely, the Fleet starts to fall to bits.

It is entirely appropriate to be getting Battlestar Galactica remake vibes. In fact, the Powered by the Apocalypse playbooks are named after the Zodiac. If you want a preview of the Scorpio playbook, the traitor, or advice on how to play that and still be the hero, then Joshusa Fox wrote one for Geek Native about 18 months ago.

A quick tour of the Last Fleet

The book begins, as you’d expect, with an overview of the game. If the Last Fleet is your very first RPG then you’re in safe hands.

I think people who come into the hobby by running and playing the Last Fleet will be ruined in a good way. They’ll be the cream of the crop and the best of us. They’ll be tactical, not error-prone, not even under pressure, and they’ll do all of this through good roleplaying.

The rest of us will just have to soak up the wisdom of Fox, identify any bad or lazy habits, insights not yet sighted, and take it from there.

Next, there are the key rules. First on that list are “Framing and ending scenes” because that’s what you need to anchor a great scenario and make sure your table has fun.

Then, the next set of key rules is when we talk about PtbA’s move system, Last Fleet’s pressure system, about XP, breaking points and relationships. It’s here we learn about the Doom Clock, shortages and Fleet tracks.

The next chapter is all about GMing the game, and the one after that a look at GM moves. Last Fleet does more than just provide an itinerary of the options a GM has. It discusses when (and when not) a GM should consider their moves, how to handle player moves, how to prompt, nudge and put a bit of pressure on. It articulates the principles and techniques involved.

Last Fleet then gets into the basics of setting up the game using the default setting of Corax and the Commonwealth. The Corax, the enemy, is a fungal extradimensional invader that can clone people. Yep, that’s right, on top of all the pressure the dying Fleet is already under, the pilot in the fighter behind you can be an alien agent. She probably is.

After finally, but appropriately placing, digging into Player Moves, their playbooks and then the basics of the Fleet and ships, Last Fleet cycles back to exploring the setting in more detail.

I’m really fond of the form factor. A5 is a great size for Last Fleet, and despite this being a signed hardback, the RPG feels like one that should go into my little messenger bag and travel with me to indie RPG meet-ups — just in case.

There are pre-written scenarios in it, but I’m not sure I’d want to wing running a game. It’s so good that my GM urge is to put the effort in and weave a story structure that would do it justice. The “just in case” for the book is an indie RPG travelling companion if someone else needs to see the genius of the game.

As an indie, I get that Black Armada doesn’t have an enormous art budget, but it doesn’t feel like paying illustrators was that much of a problem. I don’t say that because Kickstarter took in nearly £18,000, but the art here is relatively frequent, generally a full page with each chapter, and consistently excellent. Could there have been more? Yes.

The font is crisp and clear, even for chapter headings where a sci-fi-like style is used. White space is used well; this is a book you can scan, and if a bullet point list needs a single page, single column, to make its point, it has it.

Last Fleet is a game that’s so good that I struggle to imagine anyone disagreeing with my assessment of it.

You’ll want to play a helpful and productive member of the Fleet, helping humanity conserve its resources as it fights a desperate retreat from a relentless enemy.

You’ll want to do that, but you’ll inevitably end up clashing with people as the pressure builds, feeding into a cycle almost as harmful as the deadly alien menace.

Most of all, I’m sure you’ll want a copy of the game. Grab it if you can.

Under pressure sci-fi excellence: A review of Last Fleet 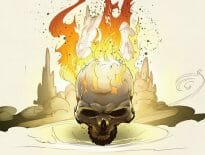 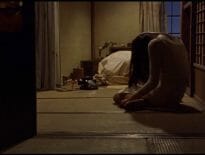