You are here: Home / Geek Stuff / Opinion! D&D and the danger of “not for nerds”

This article is a personal take, an idea that’s still forming in my slow brain and not easy to articulate. I’ll give it a go anyway. A risk.

Here’s the TL;DR. It’s ‘dangerous’ for D&D to promote itself as “not for nerds” any more.

Perhaps ‘dangerous’ is a harsh handed word to use. Probably ‘unwise’ is better. It’s dangerous from a marketing point of view; nerds are the core fan base, we’re the most loyal fan base at a time when fashion is fast and fickle.

Geek Native is not a gatekeeper blog. I want as many people to get into roleplaying as possible. That’s why the blog started; to lure in new blood.

And there’s nothing wrong with being a nerd. If you play and enjoy D&D, then embrace your nerddom, geekhood or whatever you want to call it.

Where’s this chain of thought come from?

A week ago, a short commentary from a gamer called Kat was aired on Facebook by BBC 3. The clip was then shared by the D&D page and, typically, some fans mistook it for Wizards of the Coast marketing.

Kat means well. She intends to be pro-D&D. The message is supposed to be good too, about being inclusive and diverse.

However, the clip begins with “No offence, but…” and experience has taught me that that’s a warning.

I disagree with Kat’s suggestion that nerds are all beardy boys in a basement. That’s not true. That’s never been true.

Rather than positioning D&D as something that’s changed or been claimed by the mainstream, it would be better to highlight that the ‘mainstream’ now values face-to-face interactions, time offline, and imagination more.

Avoid casting old D&D players in any stereotypical role. I roleplay with women who’ve been gaming for longer than some of Geek Native’s readers have been alive (according to Facebook’s demographic estimates) so it simply isn’t accurate to say there was an era when women didn’t play.

I think it’s great to emphasize the progress D&D, Wizards of the Coast and the community has made in being more diverse and inclusive. We’re making these changes so that geeks and nerds of all backgrounds, flavours and preferences can play the game more often, more safely and with more enjoyment.

At the heart of the matter, perhaps, is that Kat doesn’t identify with what she sees as the old school RPG audience. She doesn’t see herself as a beardy boy in a basement.

That’s fine! Who am I to tell Kat who she can or cannot identify as?

So, yeah, I concede there are murky waters here, and this feels like a delicate subject to be writing about without oodles of consideration and the precision of a master writer.

I also note that Kat does concede D&D has ‘never’ been just for nerds. Not quite sure where that comment comes from as it runs counter to the opening position.

It’ll conclude by saying that D&D is nerdy, and it’s okay to be nerdy. If you play D&D then, yeah, you score higher than absolute zero on the nerd scale.

What do you think? Should I shut the heck up or do you also fear there’s a careful path that needs to be walked here?

Opinion! D&D and the danger of “not for nerds” 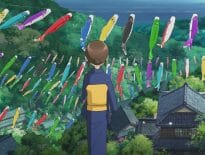 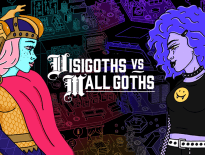