The artist/model builder in the limelight this time is Sillof – “Si” (like Psi or Sci-fi ) and “llof” (like cough or pilaf).

Star Wars the influenced by Akira Kurosawa’s classic The Hidden Fortress. These “Samurai Wars” figures represent Sillof’s vision of what Star Wars would have looked like if it had been filmed by Kurosawa. 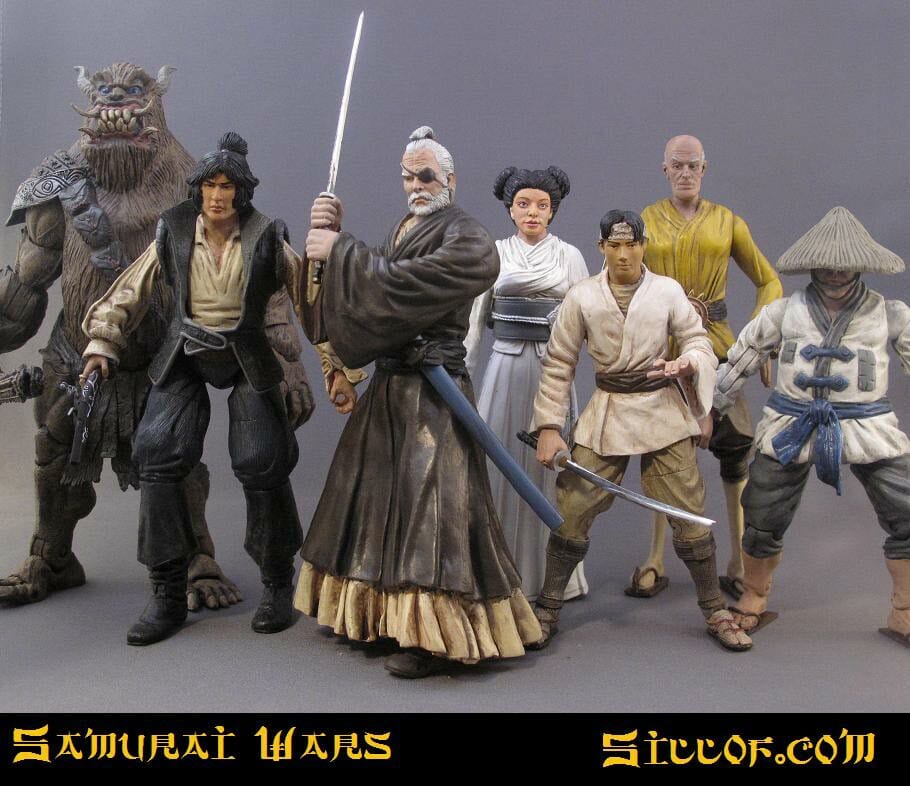 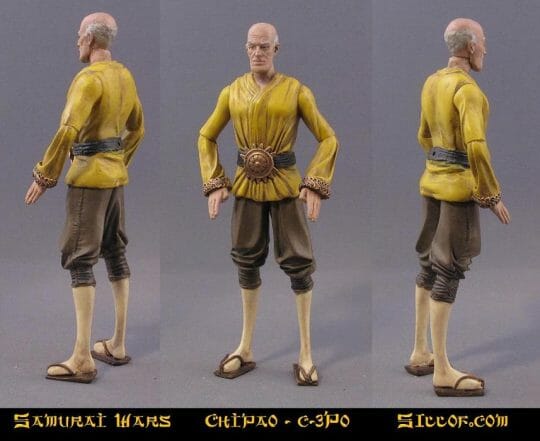 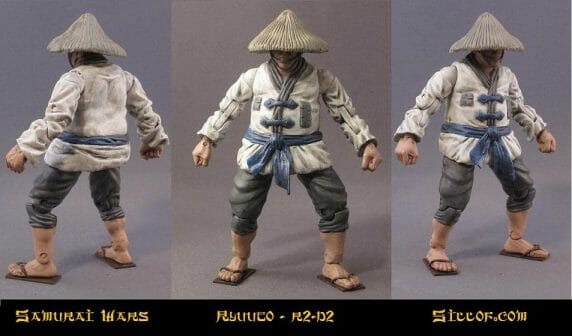 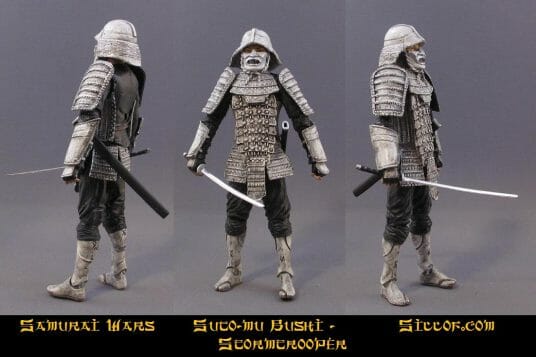 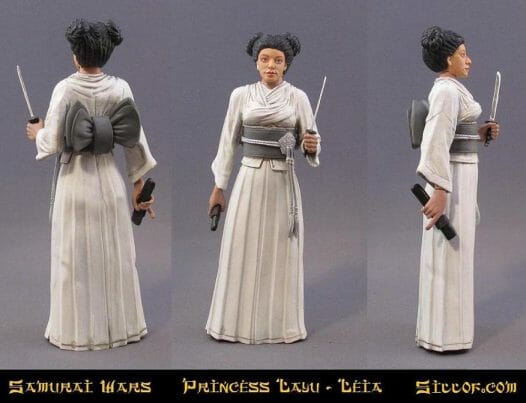 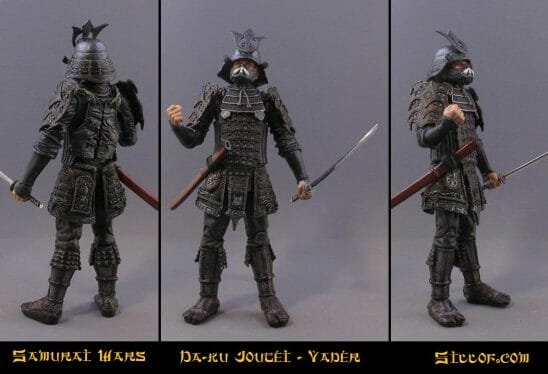 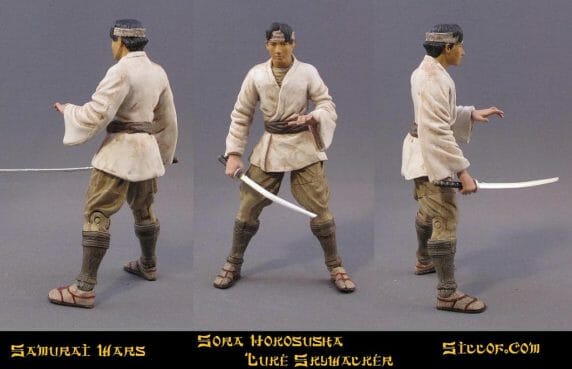 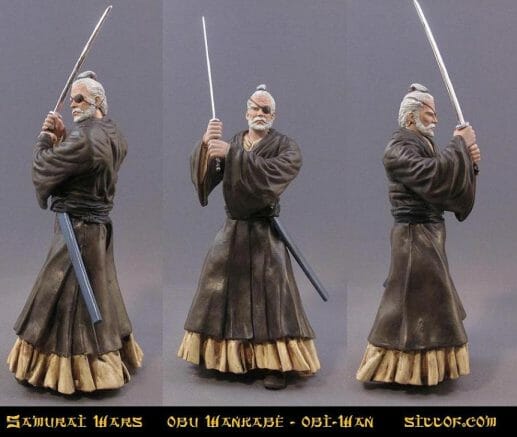 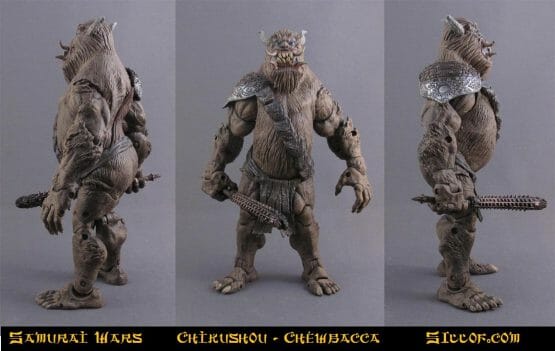 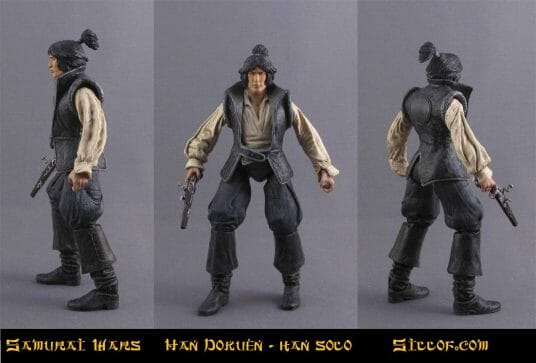 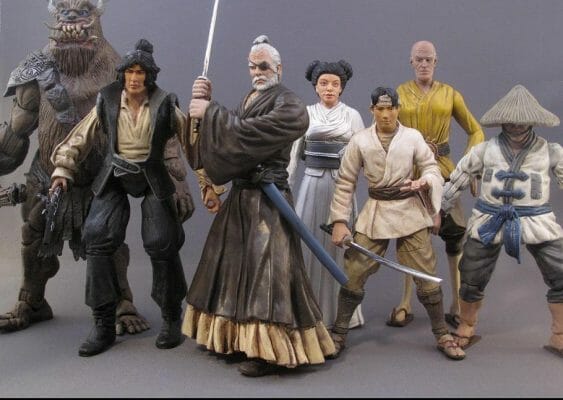 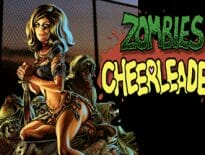 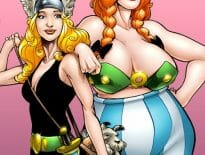