The goal is simple; a quick way for you to decide whether to commit to a show or not.

Anime episodes can range from 20 to 30 minutes, rarely longer, per episode and sometimes watching one or two is enough to get a judge for the show. Irregular Reconnaissance tries to get to at least three episodes, at least an hour of the story before any opinion is given.

We’re better off together. Your own mini-reviews are most welcome! Use the comments below to quickly introduce readers to anime titles that you think are worth investing in, or avoiding altogether.

Got any recommendations of your own? Let us know in the comments below.

Do You Love Your Mom and Her Two-Hit Multi-Target Attacks?

There’s no shortage of anime in which the young male protagonist finds himself transported into a computer game.

The catch in ‘Do You Love Your Mom and Her Two-Hit Multi-Target Attacks?’ is that his mum comes with him and she’s kick-ass. She’s two magic swords that beat almost every monster, and she’s a truckload of other unique powers too.

Cue much sulking from the guy who just wants to be a hero.

Okay, there’s absolutely an element to this anime that panders to the weird corner of the anime fandom who peer into the taboo mother-son relationship. That’s kinda weird.

Is it overpowering? I think the jury is out and that’ll be why there are nearly as many 5/5 star reviews on Crunchyroll as there are 5/5 reviews.

The Rising of the Shield Hero

In IR: 46 I wondered what was left of the arc in season one The Rising of the Shield Hero to tell. Now I know, and the good news is that I don’t think they’re filler.

There are two more seasons of the show signed off. Needless to say, our hero does not return to his world, our world, having saved the fantasy land. But we’re left in a good place.

These final episodes tie up some character development pieces, help spell out what was going on if you’ve not been able to figure it out and then line up the drama still ahead. It works for me. Roll on season two.

The Hundred has a lull in the middle and, thankfully, the action picks up towards the end. However, previous on Irregular Reconnaissance, I only ever rate the anime as “meh” and it only ever really recovers to “meh”.

Hints at greatness are peppered throughout The Hundred. There’s a darker undertone to the manipulation of innocence to create dangerous and uncritical weapons. In the show, it seems like there have been lots of political manoeuvrings in the background.

We don’t get any of this. We just get one unlikely hero growing an equally unlikely collection of female warrior friends who have the hots for him. However, if you’ve made it this far then push on to the end.

I’m not sure I would have picked this anime to watch because the synopsis sounds like so many other bog-standard shows. It’s a time in Japan when old rural life is beginning to meet a more modern way of living, and a kindhearted boy becomes a hero after demons murder his family.

Usually, if shows like this progress beyond fighting, then they start to explore whether the change is good or bad. Demons as the metaphor for foreign influence, corruption or technology.

To its credit, Demon Slayer does a bit more. It’s a bit more bloody and brutal than most (though nothing like Goblin Slayer; the two are not related). Secondly, there are some twists with the ultimate fate of Tanjiro’s demon-slain family that almost immediately change the natural direction of the story.

Then, like with so many anime that become popular, it’s the quality of the characters that keep the show so watchable. I blitzed through a half-dozen episodes in my initial encounter with it.

I’m glad the popularity of Demon Slayer: Kimetsu no Yaiba drew my attention. It’s a good show that I might have missed otherwise.

I think I get why there’s some hate on Boruto. There’s the psychology of being a replacement, of course, people often have an immediate dislike to that. Some people don’t like that some of the next generations are very much like their parents, whose who think the opposite and those who dislike the new characters.

It’s okay not to like a show. I like this one, though. I think the writers have a long term vision and even when you suspect you’re watching a filler, the chances are that you’re actually watching the foundations for something important.

Not every episode in Boruto is high octane fights. I really don’t mind that at all. I think there’s enough mix between character development and drama.

Specifically, in these dozen or so episodes it is explicitly called out the next generation are living in a time of peace and some of them are frustrated they won’t get to be the war heroes their parents became. You’re kidding yourself if you think that’ll last.

Status: Good; with fluctuations up and down.
Where: Crunchyroll 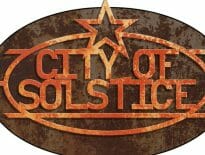