The scout reports are in. Here’s the latest round-up of the anime we’ve been watching here in Geek Native HQ.

In Irregular Reconnaissance, we fire out quick reviews of a whole bunch of animes and look to boil them down to a single line. Is this anime recommended or not?

The goal is to save you some time.

If you’ve been able to find time to watch some anime, then Geek Native would love to hear about it. What would be in your own scout reports for the shows you’ve been watching?

In the comments, please let fellow geeks know what your recommendations for the week are. Which anime titles get your thumbs up and which the thumbs down?

The Rising of the Shield Hero

I was not best pleased when I discovered this was yet another anime in which the hero is a geek who is sent into a computer game world.

Stick with it. It gets better, and it has some dark twists. Our hero does very badly and quickly finds himself in a horrible situation. He’s cast out and barely has the means to fend for himself.

I did think the anime might linger on the darkness and whether a person could turn bad due to the circumstances, he finds himself in. It doesn’t really, although it flirts with that idea from now and then. After the curveball start, though, The Rising of the Shield Hero returns to more standard behaviour but it was certainly enough to hold my interest.

There are only a few episodes left in season one. I’m perplexed as to what the anime might try and squeeze into them as it feels the critical story of this arc is told.

It makes Game of Thrones look kind. This is not like any other Devilman titles you might have seen.

The character illustration is long and lanky, and the backgrounds never that complex. This isn’t an anime that wins you over with art. This is anime that tells a story like a punch in the face. It winds up relatively slowly, with moments of violence, but it’s only making you care. Then it’ll rip your world apart.

Status: Recommended, but not for the faint-hearted.
Where: Netflix

I feel tricked. I kept on watching Swordgai because I kept on thinking it would shift out of first gear and get dramatically better. It never does. All that promise but not satisfaction.

The premises is pretty cool. Weapons become evil and violent because of what they do. Powerful weapons can manifest themselves into demons, but to do so, they first need to possess a human host. There’s a middle phase while the human is becoming a demon in which the weapon doesn’t have full control, and the host has powers.

Mankind’s solution to these demon weapons is to try and use the possessed but not fully transformed hosts to fight back.

The pacing is way off, characters are added and killed off without reason or to benefit the story in away, you’ll be left with no one to support. Such a shame.

Status: Skip it.
Where: Netflix

It took me a while to watch One Punch Man because I didn’t see what the attraction of a parody drawn hero was and the antics of fans in forums put me off.

Parody is the keyword here. One Punch Man doesn’t take itself too seriously but does explore some superhero and anime tropes. I’m not entirely sure all the fans are aware of this.

We’ve an alternative Earth on which one guy has trained himself into being an incredible hero. There are other heroes and waves of monstrous baddies. Our hero wants recognition, and so we get dragged into the politics of superheroes just as the Earth’s most serious threat begins to emerge.

The show as much better than I feared. It requires almost none of your attention to enjoy. I loved watching episodes at 2 or 3am when I was trying to get to sleep.

An anthropomorphic world in which people go about their business just like us. Aggretsuko concerns itself with mundane life. Dramas in the show are annoying bosses, going on dates and friends who let you down.

Our hero is a charming red panda who seems quite conservative. I imagine she’s a safe role model for many Japanese workers.

The catch? She’s into death metal.

I was amazed at how few episodes it took for Aggretsuko to find its stride and become a safely watchable show. It’s another candidate in the file labelled; “See, sometimes I do like slice of life animes!”.

Status: Worth watching.
Where: Netflix

A sci-fi show with magically enhanced vehicles. Last Hope leans slightly on the more mature side than most vehicle-based or mecha heroics and is set on a world that we’ve screwed up.

The flora and fauna of Earth have started to evolve dramatically and aggressively against humanity. We’re all now holed up in a few surviving cities.

Our hero is a mad scientistic who carries the blame for the technological accident that triggered this evolutionary threat. Can he redeem himself?

Despite pretty good premises, Last Hope suffers from rolling out all the stereotypes as characters. In some cases, they look like copy-paste jobs from other animes. I’m still watching it, but only just, and it’s not getting better.

Status: Just about watchable
Where: Netflix 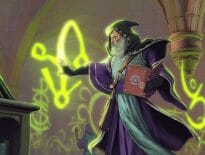 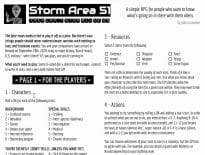