You are here: Home / Geek Stuff / Sites / Design and print your own RPG minis the easy way: A review of Anvl Miniatures

In recent years, Geek Native has been able to find hundreds of free designs that will enable you to 3d print your own D&D and other RPG miniatures. There’s a complete set of demons from Mordenkainen’s Tome of Foes, for example, and every monster in Volo’s Guide to Monsters.

What if you don’t have a 3d-printer?

Worse. What if you don’t have the talent to design the miniatures you need to represent your brave party of heroes or that extra unique big boss? You can buy a 3d-printer, but you can’t buy a more talented brain.

Anvl Miniatures are a possible solution. When they offered one free trial run, I accepted the deal and got to work designing my very own mini!

You’re dropped straight into the action with Anvl. As you hit the homepage, you’ll have the design interface load straight up. You’ll probably see a human male in his shorts. I immediately changed my model to a frogman, because I could.

That’s an important point. You don’t need to log in to play with Anvl. You don’t even need to surrender your email address. This means you can use their modelling site to see if you can create the tabletop RPG mini you have in mind without giving them any personal data. That’s brave but nice.

Since I lingered on the frogman long enough to take a screenshot, my brain formed an idea. I wouldn’t try and create a traditional fantasy hero and, instead, I’d try and design myself playing the mobile augmented reality game Ingress. I’m part of the Enlightened, a faction that tries to overcome the establishment’s Resistance, to make a better tomorrow. Our nickname is; frogs.

The sidebar at Anvl lets you tinker with Race, Head, Apparel, Body, Items and Base. Not only did I find contemporary clothes in the apparel section, in the items section, but I also found a smartphone.

Oh, and since Ingress is a competitive game in which many players seem to delight in the psychology of winding opponents up through gameplay, I gave my frog agent devil horns.

Then I tested the devil horns by adding a hat. Would that break the system? Would two ‘head items’ cause a glitch? Nope. Anvl’s system coped perfectly. The horns peak through the hat as if the headwear had been specially tailored for me.

Horns, though, will likely be a painting challenge. That’s one of my takeaways from my experiment with Anvl. Just because I can design lots of details; it doesn’t mean that I should.

The process so far had been so easy and so straight-forward the penny hadn’t really dropped. I was designing a pretty specific and demanding miniature quickly and easily.

I decided to press ahead, create an account and see if I could save my work. I half feared that this process would re-start the design process and take me back to step zero. It didn’t, and seamlessly I continued.

Tweaking the settings, I discovered I was able to pick arm positions that suited me and even make my frogman appropriately plump.

The base option allows me to pick from various styles, and since I was designing a devilish Ingress agent, I went with a pentagram style.

Amazingly, if I wanted, I could have had Ingress agent Girdy printed out in solid gold. That would have set me back about $5, 000. If I had ordered a large model, then that hefty price tag would have been even higher.

Readers, I chose not to and stuck with the offer of a free premium plastic model. I like to think that one today, somewhere, someone rich will design and order a bespoke golden miniature for their GM.

Alternatively, if there was a 3d-printer here in Geek Native HQ, I could have just printed out the design files, for a few dollars, and started my own production factory!

I completed the purchase option and then awaited the arrival of my model.

A few days later a small box from Shapeways. It took me a minute to work out what was going on. Could this be my Anvl model? It was.

I spoke to Anvl afterwards and confirmed how it works. The Anvl Miniatures website is the model designing software. It’s free and easy to prototype with, prices are transparent, and if you want to go ahead and make your own model, you can export your design for a small cost. If you want a model made, then it does not come from Anvl.

Once you complete your purchase at Anvl they send the design specifications you have just made with them to one of their 3d-printing partners. In my case, it was Shapeways, but I assume that may not always be the case.

My model arrived safely rolled in sheets of large bubble wrap. The box it was shipped in could have held many more.

Premium plastic is black. That’s made photography of the final model hard, but with the help of theweirdone, we’ve tried to take some pictures up close.

I’ve seen YouTube demos in which the artist seems to spend days sanding and filing a 3d-printed model to get rid of all the supports the printed needed. That’s not the case for my froggy Ingresser. I could paint this model tonight if I wanted, but I think a quick pass of sandpaper would be better.

Are Anvl Minis any good?

I suspect the frustration with the system will come from people who want to design models not coded yet. The more people who use Anvl then, I hope, the more races they’ll add, and that frustration will lessen.

Currently, you can design, cat-people (the latest addition), humans, dwarves, orcs, cyclops, elf, halflings, tieflings, wolf-people, dragon-people and frog-people. There are male and female appearing options for all those races.

There are three players in my regular tabletop game. It’s tempting to design models for us all. It’ll be less than $100, and it feels like a gift that will be remembered and useful for years to come.

Geek Native did not have to pay for the miniature created in this review. We weren’t allowed to upgrade to gold.

Design and print your own RPG minis the easy way: A review of Anvl Miniatures 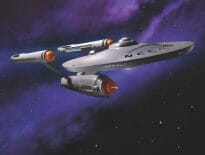 Comics Hero Collector and IDW team up for collectable Sta… 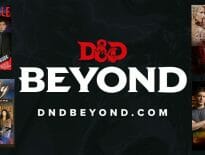