There will be issues of a 1,000 copy print run of IDW’s Star Trek: Year Five #6 for sale at New York Comic Con.

The collectable comics will be available from Hero Collector’s booth (#737) for $10.

The Eaglemoss company will be selling the variant covers because it’s their very own XL Edition of their U.S.S. Enterprise NCC-1701 on the front cover. The photograph was taken by Nils Walter Khan and it is the very first time Hero Collector has been involved in comic books in this way.

If you’re at the Comic Con on Sunday, you will have the chance to get the limited edition comic book signed. Both Jody Houser and Nils Walter Khan will be at booth #737 at 12 noon.

We’re big fans of what Jackson Lanzing, Collin Kelly, Jody Houser and the team are doing on Star Trek: Year Five, so it made sense to do our first ever exclusive cover with our friends at IDW as part of this epic run,”

Our ships look impressive at the best of times, but on the cover of a comic they really pop! It’s so exciting to make this happen.”

The limited-edition variant covers will sell for $10 while stocks last. 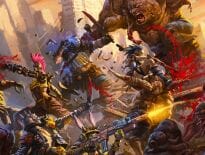 Tabletop & RPGs PunkApocalyptic: The RPG aims for victory through …

Sites Design and print your own RPG minis the easy way: …
wpDiscuzComment Author Info
Manage Cookie Consent
This site uses cookies 🍪, and links are ads that may earn bloggers some money 💰, and with this alert, I very much hope that these dark truths 🧌 are acknowledged.
Manage options Manage services Manage vendors Read more about these purposes
Preferences
{title} {title} {title}
Loading Comments...