No one was hurt when a lorry delivering 216,000 six-sided dice to Trivium Studios toppled over after taking a turn onto Interstate 75 in Atlanta too quickly.

The studios, who make tabletop and computer games according to their LinkedIn profile, told Kotaku that the lorry was carrying three pallets of Chessex dice.

Why did Trivium need so many d6? They have got an unannounced tabletop game and the dice, apparently, was for that. As no one was hurt, we can put the unfortunate spill down to good PR and about 756,000 sanity points (that’s an average of 7 on 2d6).

Trivium pitched in with the cleanup, along with Atlanta Highway Emergency Response Operators, to ensure that the road was safe again. Weidling brooms and buckets, the studio tried to salvage as many dice as possible and despite the loss are maintaining a positive attitude. They told press;

Though unfortunate it happened, nobody got hurt and we now own an unofficial world record for the largest dice roll in history!

In one final twist, Kotaku who spoke to Trivium link to the company’s LinkedIn page. That profile says www.triviumstudios.com is the studio’s home page.

There’s no site at that address. Could it be down with web traffic due to viral interest in the quirky dice news? Yes, maybe. However, Google’s cache of the page says it was a wedding studio until recently. 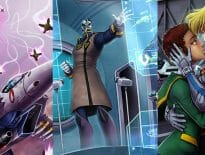 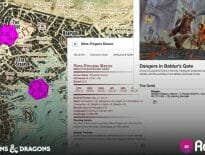