Richard Kelly’s Kickstarter for Rod, Reel, & Fist has smashed its funding goals. Gamers are interested in this tabletop adventure that turns landing that one particular fish into a quest.

At the time of writing, there are 20 days still on the countdown, over 70 backs and a few limited space pledge options still open. You can follow progress over on Rod, Reel, & Fist’s campaign page.

The premise is simple; something terrible has happened, and only the legendary fish can solve it.

The players cooperate on creating the backstory, and then the Swamp Being (aka the gamemaster) takes on the role of the fish and other adversaries. Combat is a rock-paper-scissor model, with a handful of d6s from time to time and a rest and recovery model built-in.

There’s no book option. Rod, Reel, & Fist has designed to be a low risk, so on this first outing, there are only PDF options. If there’s enough demand and once Kelly knows how much to write (based on the success of the Kickstarter) there may be a paper book.

There are more pledge levels than you would expect for a campaign of this size. That’s due to most of them being limited in number and designed to let you shape the game. That’s also why there’s no paper book planned yet. 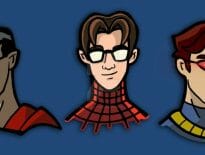 Geek Stuff Which superhero is most likely to be a roleplayer?… 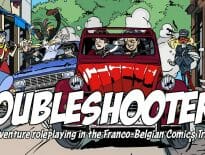