You are here: Home / Books / Comics / 5 most-funded Kickstarter comics of all time

Joshua Saxon is a comic book writer from the UK currently living in sunny Madrid. When he’s not working on the latest issue of Milky, Josh enjoys other peoples’ comics, video games, stand-up comedy and tea.

Kickstarter comics absolutely crushed it in 2018. The crowdfunding platform saw more than $16m pledged to comic book projects, making it Kickstarter’s most successful year for the category yet with an almost 70% success rate for creators.

However, last year saw me fail miserably at crowdfunding my comic book Milky. After wiping away the snot and tears, I went back to the drawing board, researched a ton of the most-funded Kickstarter comics and relaunched the campaign with success!

Now to celebrate hitting the funding goal for the latest issue in just five days, let’s revisit the five most-funded Kickstarter comics that served as inspiration…

Check, Please! by Ngozi Ukazu is the story of a hockey player, vlogger and baking fanatic who struggles to fit in at college.

In an interview with Bloomberg, Ukazu admitted she had no idea the extent to which previously releasing the comic online for free would pay off. She said, “I didn’t realise how many people cared that deeply about Check, Please! until I launched my first Kickstarter.”

Check, Please: Year One attracted a respectable $74,290, while the latest campaigns for Year Two and Three did more than five times that. Year Two – the most successful of the three – went on to offer stretch goals that improved the quality of the book and even a hockey jersey like the main character’s.

Ukazu herself has won several comic awards off the back of Check, Please! and was nominated for the prestigious Harvey Award two years in a row.

After getting fed up of forcing advertising on their fans to fund their website, Penny Arcade creators Jerry Holkins and Mike Krahulik decided to try a different route to keep the lights on.

“Selling out” and “begging for money” on Kickstarter was their plan to strip Penny Arcade of unsightly ads so they could focus on serving fans with nothing but video-game based webcomics.

The Seattle pair – who also run popular gaming event PAX – offered a ton of tempting rewards to help reach their goal of clearing the homepage banner ad for one year. They hit it with just six minutes to spare.

Two of the higher reward tiers included lunch with the creators ($9,000) and becoming a Penny Arcade intern ($7,500).

The Tomorrow Girl campaign reached its goal of $30k in less than 24 hours before going on to become the third highest-funded Kickstarter comic of all time.

The idea was to transfer five years of the webcomic Dresden Codak into a hardback book, which by the end of the campaign featured metallic ink on the cover and a nifty slipcase.

If it wasn’t already clear from Penny Arcade’s monster Kickstarter campaign, webcomics about video games get a lot of attention on the crowdfunding platform.

While creator Tim Buckley certainly seems to have his fair share of critics, the success of the Ctrl+Alt+Del Kickstarter can’t be denied with the box set of three huge books raising a ton of cash in 2015.

After hitting an already ambitious goal of $150k, stretch goals saw backers upgraded to signed DVD box set of Ctrl+Alt+Del :The Animated Series and Buckley treated them to an extended ending to the series not previously seen online.

1. The Order of the Stick Reprint Drive

With $1.2 million in funding, The Order of the Stick is the number one most-funded Kickstarter comic of all time. The Order of the Stick first appeared on creator Rich Burlew’s gaming blog, but quickly became the focus when the stick-figure stories proved more popular than the articles. Characters in the story are aware they live in a role-playing game like D&D and frequently reference the rules and game mechanics. The Kickstarter was run to reprint an older book, but ended up raising enough to reprint the whole series.

Lady Death first appeared in Evil Ernie #1 in December 1991, but quickly became a fan favourite in her own right. Under his publishing house Coffin Comics, Pulido regularly uses Kickstarter to launch new series for the character and packs in plenty of variant cover rewards and prints from guest artists.

Honorable mention #2: Girl With No Name

While it’s not in the top five, Kickstarter’s 11th most-funded comic book didn’t start life as a webcomic and features no evil boobies to lure the reader in.

Despite winning a Slamdance award for the script, the “world’s first fan-owned entertainment company” Legion M (responsible for films like Colossal, starring Anne Hathaway and cult classic Mandy starring Nicolas Cage) decided that making Girl With No Name into a comic book first was the smartest way for it to eventually become a Hollywood production.

The comic went on to earn more than 20 times its original funding goal earlier this year and looks to have built up a decent enough following of almost 3,000 backers to justify the big screen adaptation they’re dreaming of.

It’s a long, long way from making the most-funded comics list, but the Milky #2 Kickstarter is currently into stretch goals and shows no signs of stopping.

It’s the story of a milkman with zero self-esteem who leads the oddball residents of Crafton Hill in a daring rescue when his lifelong crush is abducted by aliens.

It wasn’t a webcomic first, there are no sexy women of death, it’s not about gaming, but Milky has been described by critics as “hilarious” and a “must-read”, so fingers crossed it’ll crack the top five one day…

5 most-funded Kickstarter comics of all time 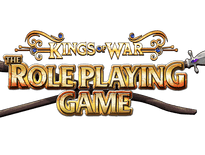 Tabletop & RPGs Kings of War march their RPG to Kickstarter 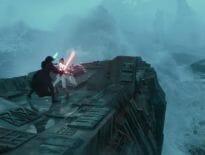