You are here: Home / Geek Stuff / The generosity of RPGers shown by the Rick Loomis and Sarah Newton fundraisers

This week gamers have been reaching into their pockets and giving generously.

These two campaigns are still collecting funds and every cent is appreciated.

Loomis, an army veteran, invented the game Nuclear Destruction in 1970 and coordinated multiplayer games in the post. He helped publish Tunnels & Trolls and designed the Origins Award-winning PBM Starweb.

Our deepest condolences are with Sarah Newton, the talent behind Mindjammer, The Chronicles of Future Earth and the English translation of Capharnaum – The Tales of the Dragon-Marked who lost her husband Chris James, the musician known as the Brown Dirt Cowboy this month.

Sarah spent this year looking after Chris, later having to orientate her life around the hospital in France which Brown Dirt Cowboy spent his final months. She’s not been paid in months.

Funeral expenses have hit hard. This Just Giving page has been set up to try and soften the impact. At the time of writing, nearly 200 gamers have donated money. 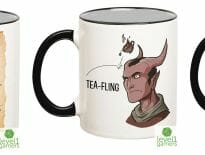 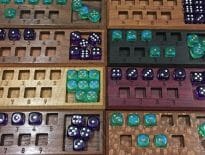