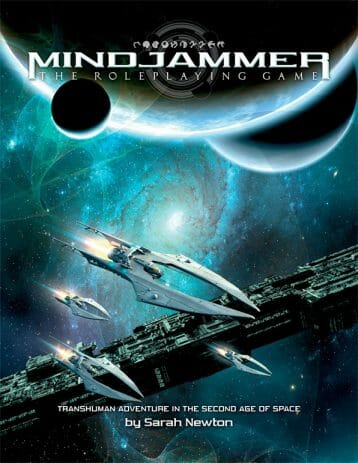 Space is big. Mindjammer is bigger.

This review is based on the Thoughtcast Edition of the game which is available already to those roleplayers who preordred the game. Author Sarah Newton tells me it is 99.x% of the final game; with just some typos and textboxes to fill. I didn’t notice and I’ll tell you why in just a second. The PDF updates to the final at the end of February and the hardback is likely to ship to customers at the end of March.

The Mindjammer Roleplaying Game comes in at over 500 pages. It’s huge. It’s actually rather intimidating. I’ve had this week off. I’ve been reading Minjammer on my Nexus 7 and on my desktop throughout that entire time. I’m glad I only had my self-imposed review deadline to aim for and not a group of expectant players due to turn up this weekend. I’m equally pleased that I read (and enjoyed) the Mindjammer novel about a year ago. The novel was my way into this impressive and complex universe.

I use the phrase “mind blowing” for Mindjammer and I think that cuts both ways; it’s impressive in scope but quite hard to approach as a result.

Mindjammer is an RPG that lets you play in the vastness of known space and on its rim. If you want you can play beyond the frontier in this far future sci-fi epic. These rules include lots of help in creating planets, races and working with technology.

It’s the Mindscape that adds significant volume to the game. The Mindscape is a far future version of the internet, a cyber-realm, that layers over mankind’s “New Commonality”. You could run a ten year long campaign in Mindjammer in which the PCs never leave the room; it could all be held in the Mindscape. It’s bigger than just physical space.

I’d love to play in a game of Mindjammer. The vastness of the Mindscape makes me a little cautious about attempting to run a game. At any given point in time the PCs have so many options. If I did bite the bullet and sit in the GM’s seat then I’d at least have this thorough and complete set of rules, assistance and insight for support.

Fed up of games that are only complete once you’ve bought all of the “core” rule sets? Buy Mindjammer. Mindjammer uses Fate Core. You don’t need to go out and buy anything else or have any previous experience of Fate Core in order to use Mindjammer. It’s all here. This is a complete game.

This is technically the second edition of Mindjammer too. The first was an ENnie Award-winning supplement for Starblazer Adventures. 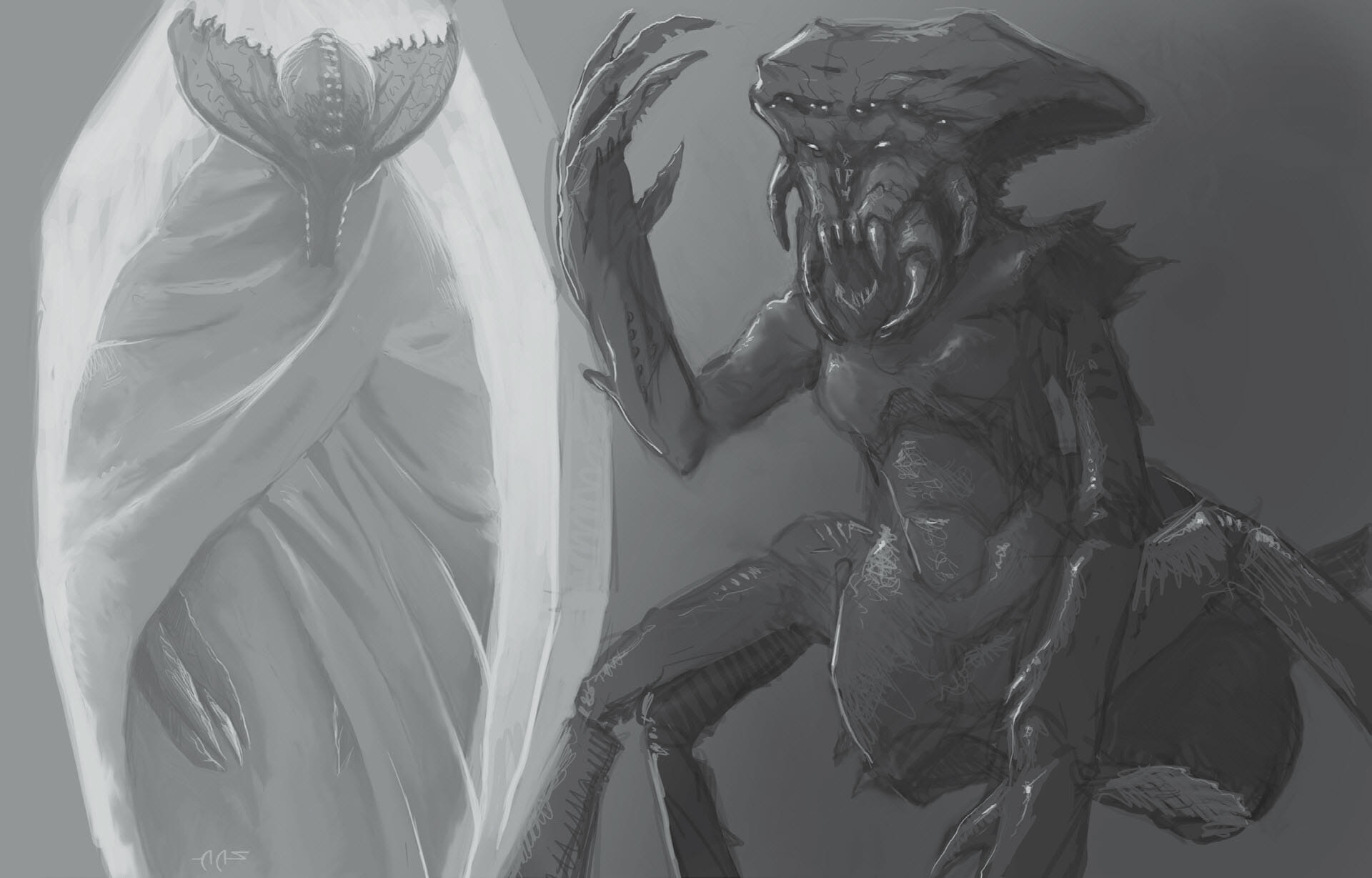 How does it feel?

I really like the feel of Mindjammer. That’s the single most important aspect for any RPG for me. Rules can be fixed. The apathy to explore the world cannot.

Most importantly, Mindjammer does not feel like Trek Wars. This is a sci-fi creation that feels unique. It feels significantly further future than either Star Wars or Star Trek. This is a game where the technology is sufficiently advanced that it begins to feel like magic. In fact, it’s hard to treat some of the Mindscape abilities as anything other than effectively-magic. It just so happens to be magic bound into the rules of the carefully constructed setting.

This is a transhuman adventure in the Second Age of Space. Mankind is exploring space – again. The first time mankind explored space it sent out crafts of colonists and the distances they travelled prevented any knowledge of what happened to them. This was evolutions ago.

Since then mankind has founded distant colonies and empires on those planets and systems, faded into history, evolved, raised a new empire, faded again, evolved some more and so forth. The descendants are no longer human in any recognisable sense.

These former humans, now effectively aliens, aren’t just noticeable for their physical changes. Mindjammer is all about culture.

There’s also conflict. As noted above this is a Commonality of humanity, after all. What happens if a newly encountered planet has a race of “aliens” / descendants that aren’t culturally appropriate for the Commonality? Trouble. This is the focus of the Mindjammer novel, after all.

I know some gamers who get twitchy if they have to read about topics like culture before they discover how to generate a character and kill aliens – I’m not one of them. I much prefer the approach Mindjammer takes. If you want to play a far future game of violence and aggression then Mindjammer works well for that but the game is set up to give you a choice; not imply dungeon crawling in space by default.

As a choice, for example; you play a sentient spaceship. You can play as a Mindjammer; a spacecraft that travels the great distances between planets and helping to synchronise the Mindscape between them. Actually being the spaceship would put a new spin on ship-to-ship space combat. In a Universe of such technology there’s no trouble at all in having a physical, humanlike, avatar body that the mind of the sentient player character of a spaceship could use while the rest of the party is planetside either.

Mindjammer feels huge with possibilities. It inspires you to think like a futurologist. 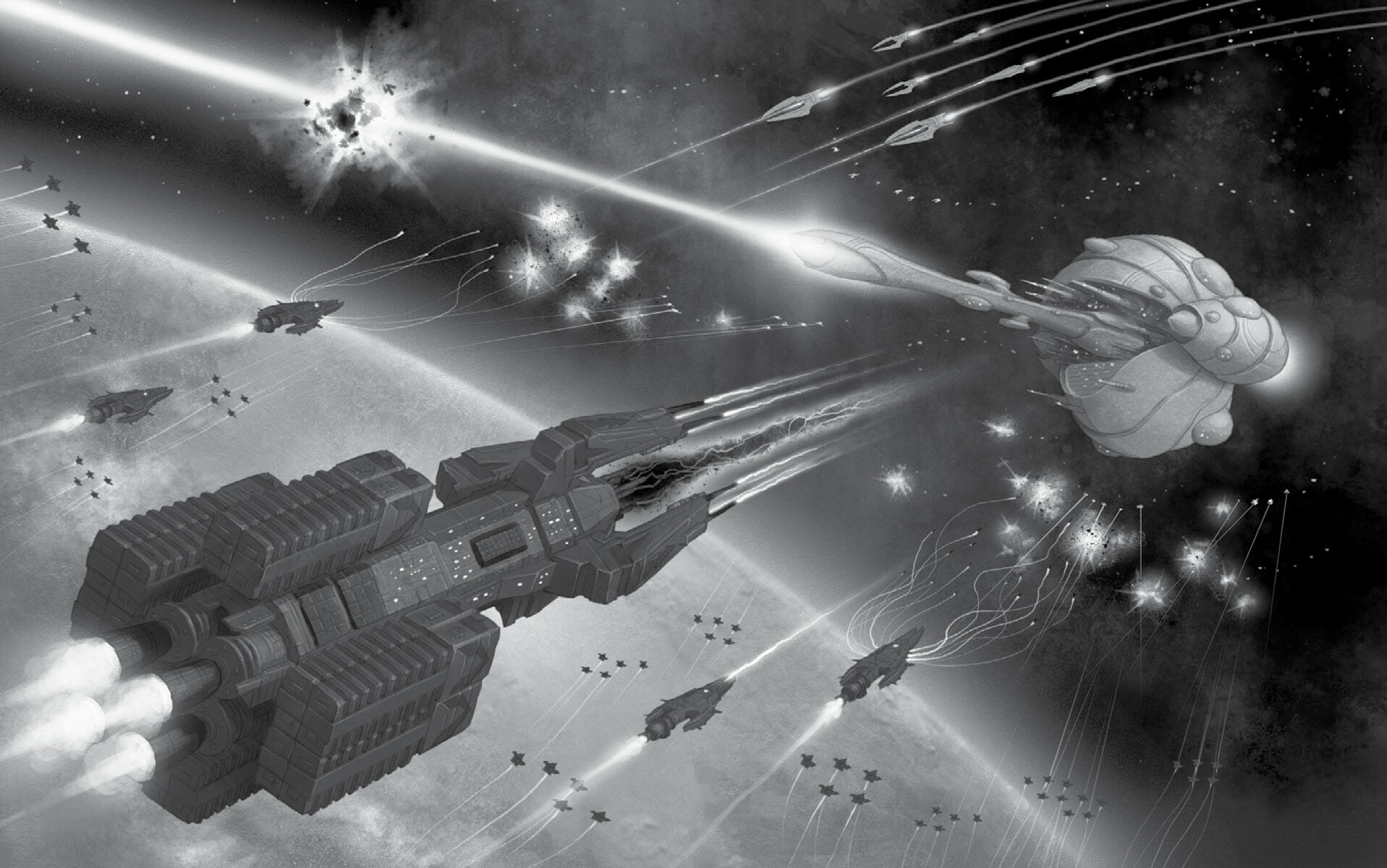 Systems, mechanics and rolls in space

Mindjammer uses Fate Core. I’ve a copy of Fate Core from the Kickstarter which I’ve flicked through a few times but never play tested. I didn’t need a separate copy of Fate Core to understand Mindjammer but having experience of the rules helped. I was able to speed through some of the system mechanics in this 500+ page beast.

The fact that Fate Core adapts so well to a far future game where technology is so advanced it can feel like magic at times is a credit to the Evil Hat team, Mindjammer Press and Modiphius. Fans of Fate Core will take the Mindjammer rules straight away. In fact, I think gamers without opposition to the ethos of Fate Core but who simply haven’t yet seen an implementation they like might well be won over by this one.

The Fudge Dice system works especially well. The d6s have three modifiers; -1, nothing and +1. This mechanic is a good match for a setting all about modification; the modification of mankind over thousands of years, modification of memories, bodies and cultures.

Mindjammer includes rule for starships and vehicles but remains focused on roleplaying rather than skirmish gaming.

There’s still plenty of explore including quirks like time dilation caused by gravity engine travel at close to lightspeed to the new possibilities of 3-space. N-space is the normal space-time that mankind once had to travel through. 2-space is why the Commonality exists. It is a different dimension that ships with the planing engine can travel through. 3-space is something new and best described as to 2-space as 2-space is to n-space. Needless to say 2-space pilots are concerned.

It’s entirely wrong to say that Mindjammer is all about the fluff. At the end of chapter 24 there are pages of character sheet options, for example; for constructs, character builds and even planets. In chapter 21 there’s a table that matches biodiversity modifiers to types of planets and settlements.

Mindjammer has the potentially for being hugely unbalanced. How can you have a game where one character is the memories of a dead private eye given to a constructed robot body, another is a Mindscape expert data thief, another is a spaceship and the last is a genetically enhanced assassin? Amazingly, and with the help of Fate Core, a balance is found here. You will need a confident GM. You will need cooperative players. Got those two? You can use Mindjammer for pretty much any combination of far future roleplaying that you can imagine. 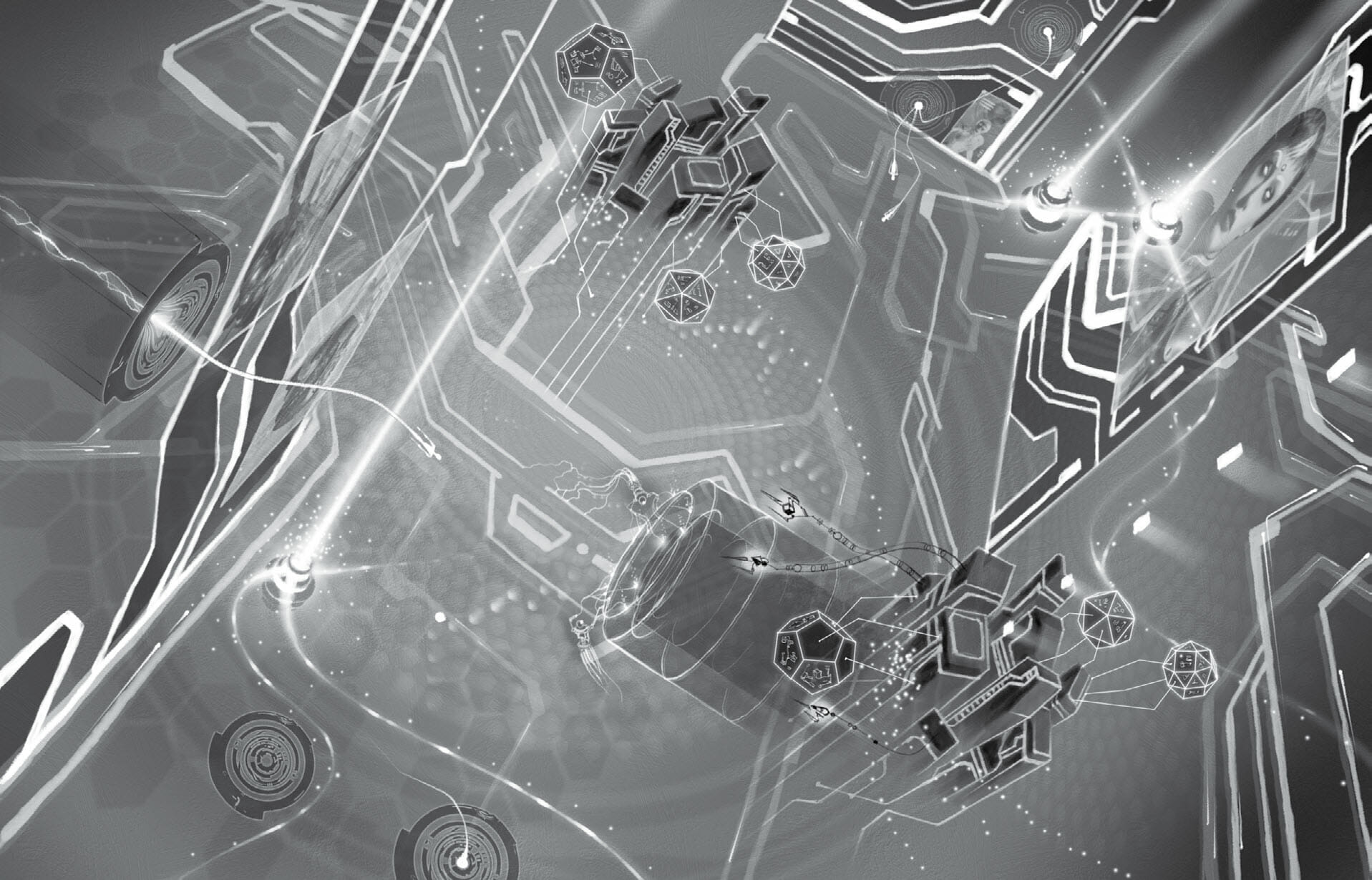 This is such a hefty game that a run through of the contents may be useful. The chapter titles give a good indication to the emphasis of the game and the scope. 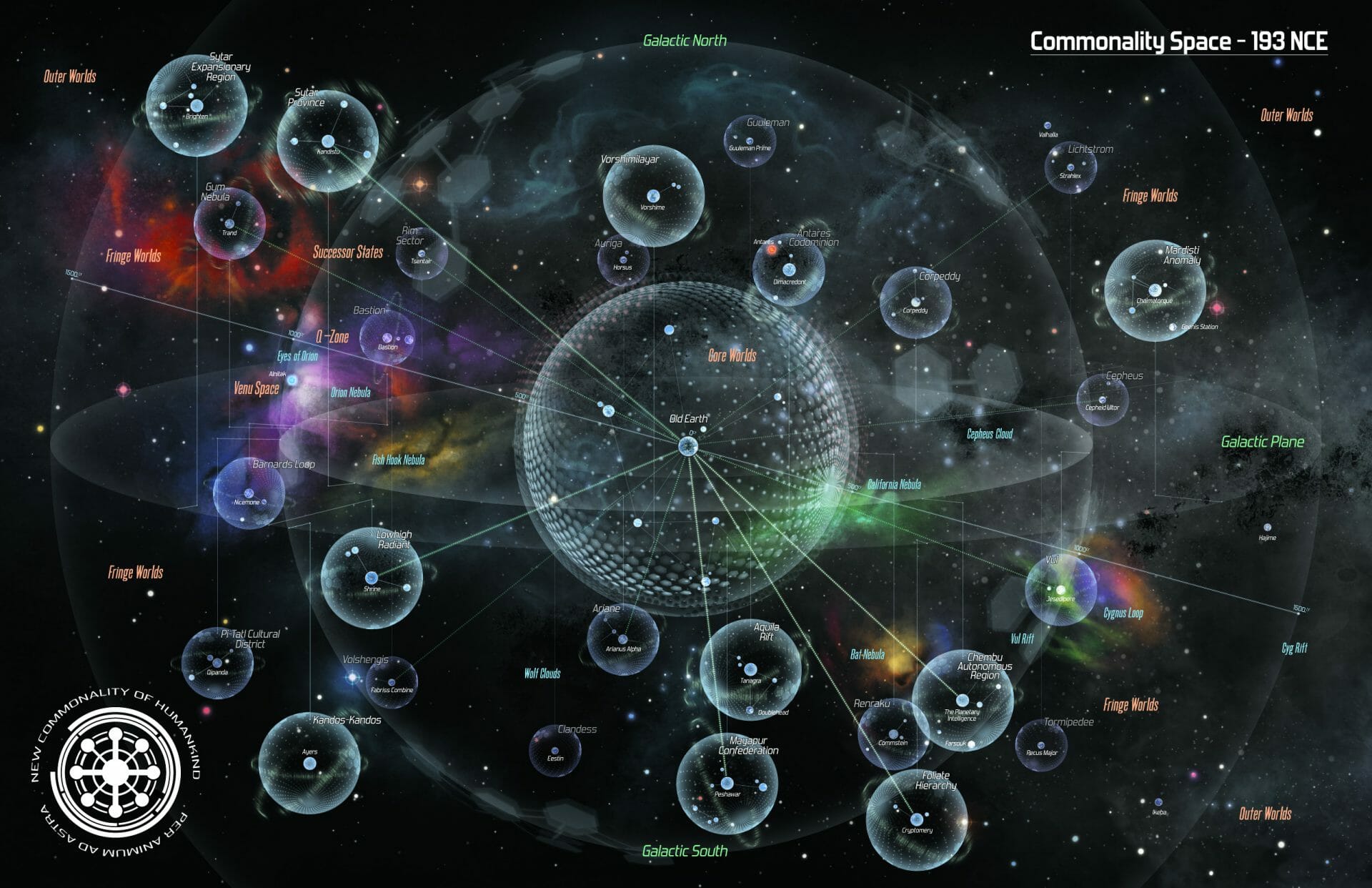 My copy of Mindjammer: The Roleplaying Game was provided for review. This is not a playtest review.

I am also “blown away” by the production value of the game.  I played some RINGWORLD RPG (Chaosium Inc., a Basic RolePlaying system) back in the day, and it also talked about far-future tech as they understood it then (they suggested pieces of “memory plastic” that you tore out of perforated sheets and popped into shapes when you added a chemical, rather than our 3-D printers of today!).  I even bought a lot of Fate Core stuff but, as you say, the game is a lot to digest and make a start with. The game is crying out for some kind of “quickstart” product… Read more »

PierreSavoie I think the best way to get into Mindjammer is to have someone who’s played it before introduce you with a game – but that’s probably true for every RPG ever.  I think there is a question around whether Mindjammer will ever be an introductory product and, if not, how much hand holding it needs to offer.

I don’t think the game wil be hard to run or that having a lot of options which would strangle play. When I gave a brief description of the game to a potential player he came up with a great character and potential start of a campaign. I’ve been playing RPG’s for over 30 years ot has got to the stage where I can be up and running with most of them given a few hours leafing through the rules, sometimes less. As long as I get a handle on the mechanics and the setting I can make stuff up… Read more » 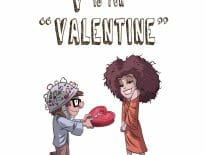 Art The letters of ABCDEFGeek 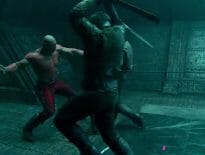