Daniel Salcido’s new RPG is designed to played as a one-shot in three acts. You’re not the heroes. You’re the poor rando who has been caught up in someone else’s adventure. He’s asking for $5,000 to fund and, at the time of writing, he’s raised more than $3,000 with two weeks still to go. You can follow progress or pledge at the Kickstarter campaign name.

You roll up elements of your character. Want to be a hero? Sorry, you’ll end up as a street food vendor, or baby sitter or, if unlucky, a redshirt.

The GM (SM) rolls dice to determine the setting of the game. In fact, the dice even determine the relationship between characters.

There’s an actual play with Cleric Games that illustrates how Collateral Damage tends to work.

Try and survive as NPCs – Collateral Damage: The Roleplaying Game 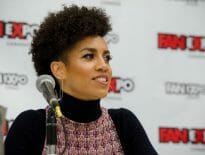 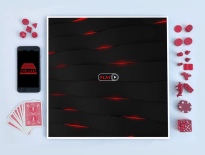