Green Ronin will publish The Fifth Season RPG. The game will use The Chronicle System, which is also used by the Game of Thrones RPG.

The Fifth Season is the first book in N.J. Jemisin’s Broken Earth science fantasy trilogy. It won a Hugo Award for Best Novel in 2016. Impressively, the book’s sequels; The Obelisk Gate and The Stone Sky also went on to win Hugos.

The book is set on a planet which has only a single supercontinent called Stillness. Every few hundred years or so Stillness is battered by catastrophic climate changes known as “Fifth Season”. The book’s prologue has a powerful Orogene, someone with the ability to control energy, reveal how lousy life on Stillness is before then going on to crack the content with his power.

The world building in the Broken Earth Trilogy is incredible and ripe with roleplaying possibilities.

More than that, the books are searingly relevant to the current state of our world and we hope the game gives people the opportunity to explore the issues and themes the novels handle so deftly.

The roleplaying game set in the Broken Earth is expected to be published in the winter of 2020. Tanya DePass (Rivals of Water deep) and Joseph D. Carriker (Blue Rose and Critical Role: Tal’Dorei campaign setting) will co-develop the game.

N.K. Jemisin will be involved in the project too and said:

I’ve heard from many of my readers that they’re fascinated enough by the world of the Broken Earth that they’d like to visit it (nobody wants to live there tho!) and now they’ll get their chance.”

I’ll be working with Green Ronin to try and make sure the spirit and feel of the books is rendered successfully in this new form.”

Have you read any of the Broken Earth books? Do you think they’ll make a good RPG? Let us know in the comments below. 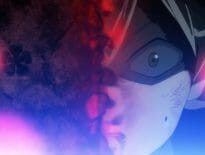 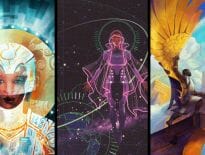