Pathfinder was once the world’s most popular RPG. It was based on D&D 3.5 and was published in 2009. This year, 10 years later, Paizo launched Pathfinder 2.

It’s a month later and as you would expect, there are dozens of Pathfinder publishers with material for P1, but also thousands of gaming groups still wedded to the system.

DriveThruRPG’s solution is the Pathfinder Blowout sale that offers up to 70% off 7, 531 Pathfinder downloads. It’ll run until the end of the month.

The sale has just launched but here are the top ten selling items from it so far;

WarDrumRPG is doing very well in the opening hours of the sale. 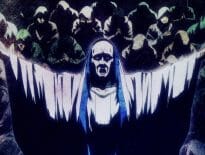