Most costumes are only as good as the sum of quality for all of their parts. A particularly simple cosplay can be made great or mediocre largely depending on the accessories carried by the cosplayer and how well she does her hair or makeup. But a mashup is truly greater than the sum of its parts because it takes two great concepts and mashes them together for a clever and truly original creation. Here are some of the best mashups we saw at this year’s Comic Con.

All photos by Zeon Santos or myself.

It’s easy to read into the political message of this costume, but regardless of how you feel about the message, there was no denying that cosplayer Casey, aka Hot Glue Burns, created a brilliantly executed costume with incredible details like hand beading throughout.

In the post-apocalyptic world, there’s no more Ms. Nice Tink when Tinkerbelle discovers a tank is a far better friend than Peter Pan ever was.

There are a lot of stereotypes about geeks hating sports and jocks hating anything geeky, but the reality is that there is plenty of crossover between the two groups as evidenced by this clever Kobe-Wan costume.

There were a lot of summer-inspired cosplays this year, including a group of superheroes in swimsuits floaties that I was too far from to get a decent photo. This Beetlejuice was perhaps the best of the bunch though with her totally brilliant sandworm floatie.

Who you gonna call? If you like great 80s comedies you might wanna ring up this great cosplayer who imagined Barf the mawg fighting the supernatural with the legendary Ghostbusters.

The Master Chief mashup, this cosplay, worn by the artist of I Just Want a Comic Con Booth, is simply purrfect.

You’d be forgiven for thinking that “if it bleeds we can kill it,” but that’s certainly not the case for this super-powered alien hunter.

Beauty and the Beast

This young lady is part princess and part beast and entirely beautiful.

Head down to the Cantina and you might just be lucky enough to catch this crooner singing “Little red Fett’s ‘Vette, baby you’re much too fast.”

Mashing up pop culture characters with Playboy Bunnies, with or without someone there to play Hugh Hefner, is a pretty popular and always fun choice. Seeing Uncle Hef as the Night King was pretty delightful though as was seeing the Iron Throne in this leggy incarnation. There was also Aria and Cercei Bunnies, but they weren’t there at the time.

Somehow I can’t see the Grinch acting as a gumshoe unless the Whos of Whoville are all happy little gangsters.

When the world ends, only the crazies will survive, which certainly bodes well for the Clown Prince of Crime and the Harlequin of Hate.

If anyone could sweep the leg well enough to take down Daniel-san, it would be the wild and incredibly acrobatic Harley Quinn.

San Diego is home to a large and proud Hispanic population and many of them like to include their own culture in their costumes like this Cholo Batman.

Again, while many people would find this offensive, many Hispanics in San Diego like to make jokes about the stereotypes about their people. This is certainly one such example with a magical boy wizard who carries a dustpan with his broom and sells Chiclet gum to finance his Hogwarts supplies.

Sure it’s summer in San Diego, but Hogwarts is a magical place where the weather isn’t always so predictable. These two bundled up buddies certainly looked comfortable despite the fact that everyone else seemed to find themselves sweating throughout the weekend.

You’d better not miss leg day around this crew. You know Earth’s mightiest heroes didn’t get that way by sitting on their butts, well, I guess maybe some of them did. Still, it doesn’t hurt to work in a little cardio, does it?

Sure this Freddy/Elmo mashup might seem scary or at least funny to adults, but my toddler thought he just met the real Elmo and was thrilled to take a picture with him.

This bounty hunter is on a mission, to find Maui and make him return the Heart of Te Fiti to Jabba the Hutt.

Want to see more cosplays? Check our great collection of genderswapped cosplays or Neatorama’s gallery of costumes from this year, or other mashup costumes from 2018, 2016 and 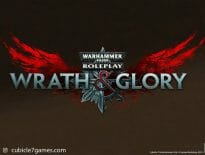 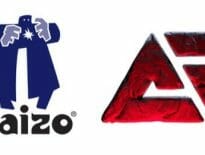